Home > Sustainability > A genuine step forward on the march towards climate action? 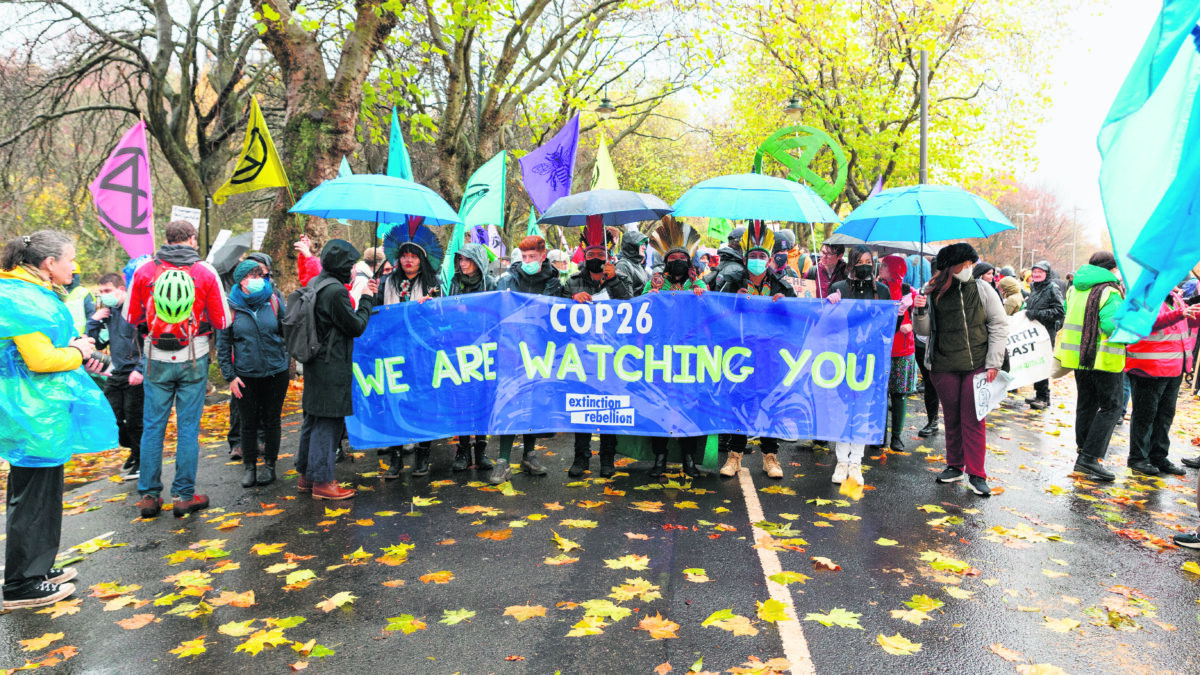 A demonstration march in Glasgow during the summit. People’s expectations of Cop26 varied enormously, but there were some grounds for cautious optimism
Sustainability

The sense of anticipation was unparalleled. But the decision on whether the already-deferred Cop26 would proceed last year was still hanging by a thread when – as late as May 2021 – it was announced that UK government ministers had put forward new dates for the talks to begin that November.

The event at Glasgow’s Scottish Event Campus (SEC) had been postponed owing to the coronavirus pandemic and there was relief when the conference – formally titled the Conference of the Parties 26 UN Climate Change Conference – finally got under way with the arrival of around 25,000 delegates and 120 world heads of state.

Was it a flop, was it a triumph or was it just another milestone arrived at too late on the road toward tackling harmful consumption and the transition to more equitable and sustainable economies to meet the Paris Climate Agreement goals? To different people it was all of these – and more.

For some environmental activists such as Greta Thunberg it was just “Blah blah blah” – a brutally brusque dismissal of a huge, global logistical exercise that aimed to put the common good at the forefront – while others pointedly observed that while the great and the good were wrapping themselves in virtue-signalling bunting at the SEC, the residents of Glasgow were facing Cop26-related traffic gridlock and rats swarming on the street as rubbish collectors and street cleaners began a week-long walkout in a row between the GMB union and Glasgow City Council.

Even Cop26 chairman Alok Sharma, apparently close to tears, and whose broadcast moment of exhaustion defined the frustration of many, was only able to deliver a qualified verdict to the closing session: “We can now say with credibility that we have kept 1.5 degrees alive. But its pulse is weak, and it will only survive if we keep our promises and translate commitments into rapid action.”

For others, Cop26 represented a new, more sanguine starting point. Despite late interventions by China and India that diluted the commitment to “phasing down” rather than “phasing out” coal there was for the first time an unequivocal undertaking to reduce the use of that fossil fuel, which is currently responsible for 40 per cent of annual carbon dioxide emissions.

Countries willingly agreed to meet again next year to pledge further cuts to emissions of CO2 noting that if only the current pledges are met, global warming will still be limited to about 2.4C and there was optimism over a $1 trillion dollar a year fund from 2025, after rich countries failed to meet their previous pledge to provide $100 billion (£74 billion) a year by 2020.

Glasgow announced that it was joining the Thriving Cities Initiative to develop the legacy of its hosting of Cop26, a collaboration that aims to confront unsustainable patterns of consumption and transition to more equitable and sustainable lifestyles. To achieve this, it says, cities as a whole need to reduce their consumption emissions by 50 per cent by 2030 and by 80 per cent by 2050.

Stop Climate Chaos Scotland (SCCS), a diverse coalition of more than 60 civil society organisations, said that for many involved in the intense campaigning for key climate justice elements at Cop, there will be disappointment in its outcomes.

“Long-standing promises on climate finance remain unfulfilled and there was also a critical failure to deliver compensation for irreversible climate related loss and damage,” said Cop26 project manager Katherine Jones. She added: “Worryingly, the critical target of keeping global heating below 1.5 degrees is still at risk because countries’ commitments to cut emissions are simply not ambitious enough.”

She added that 1,200 Glaswegians opened their homes to campaigners, to offer a ‘home-from-home’ and a ‘haven’, as described by visitors.

“It made us feel that we were a part of the climate action and we’re doing something to help,” said one of the hosts, while John Kagunga of the Kikandwa Environmental Association in Uganda, who stayed in the Homestay Network, said: “I was welcomed like family, experienced amazing hospitality and had many discussions including climate impacts in my country and progress at Cop26.”

There remain several reasons for optimism. The sense of urgency in reducing emissions is ineluctably and rapidly accelerating while both finance and industry have grasped that going green can also be profitable.

As an editorial in The Times observed after the event closed: “Climate change is still critically dangerous. But Cop26 may prove to have been a point where the dangers were faced in full.”

The Cop26 ‘Glasgow Pact’ sent a positive signal “that nations remain committed to the landmark goals agreed in Paris in 2015,” said Lang Banks, Director, WWF Scotland. “In the run up to Cop27 in Egypt we need to see improved pledges on emissions reductions and climate finance and while Scotland played its part with ambitious targets and support for less-developed countries, as First Minister Nicola Sturgeon warned at the conference, the bar of world leadership is set far too low.”

During Cop26, he said, there were numerous calls for “less talk, more action,” and stressed that is what must be accomplished by 2030.

“In short, there’s a lot of work to do. While we have climate ambition here in Scotland, we desperately need to prioritise the actions required to deliver on our targets,” he said, adding that the reform of food and farming is vital to reducing carbon emissions and impact on nature.

He also welcomed the Good Food Nation Bill introduced in the Scottish Parliament last year which could lay the foundations “for a transformational food system and agriculture sector that is good for farmers and good for climate and nature”. There is, he said, also the need to turn our land from a net carbon source into a carbon sink, including timelines to end the extraction and sale of peat-based composts to protect carbon-rich habitats for a huge range of species, from newts to raptors.

Helping people stay warm in more energy efficient homes is another high priority. “Details must be provided this year on how all homes will be required, and supported, to meet a minimum standard of energy efficiency from 2025.”

Banks also singled out 2022 as a key deadline for the Scottish Government, working with other UK nations, to set out the future for sustainable fishing, reducing climate change impacts while still protecting communities and livelihoods.

“These actions aren’t just vital for the climate – many of the measures needed will have positive outcomes for health, tackling fuel poverty and other social impacts. It’s a big year ahead, and we need to be up to the challenge,” he concluded. 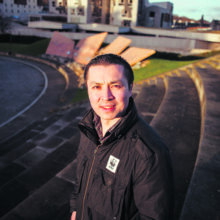