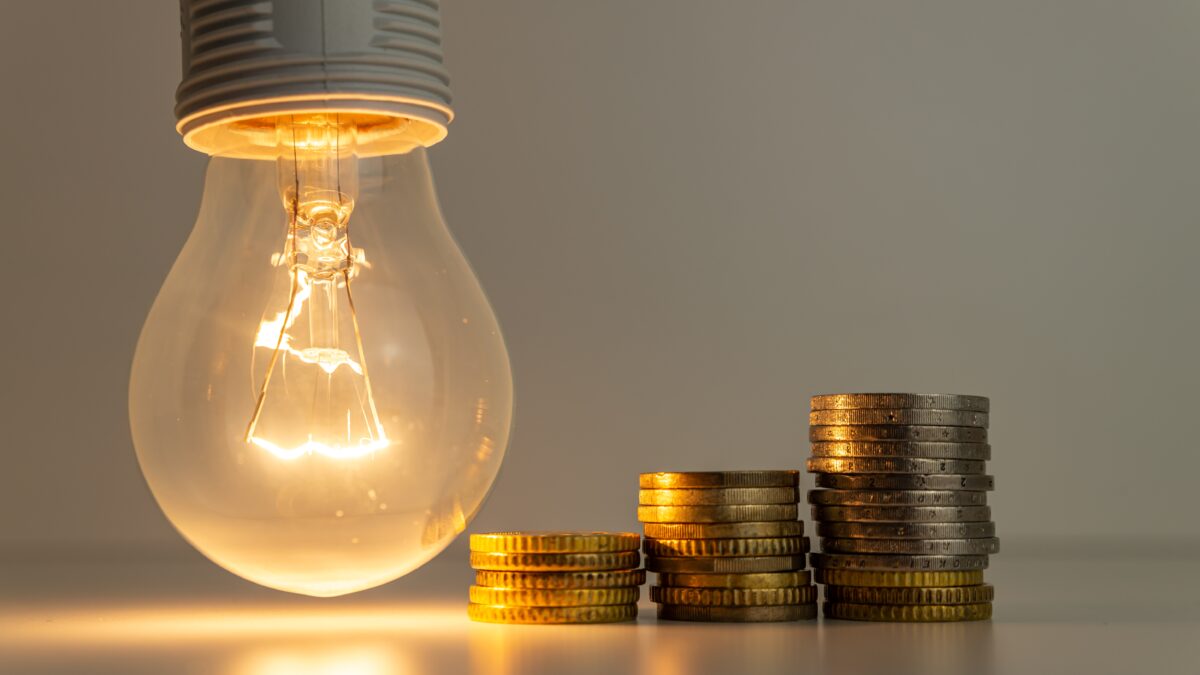 The new Prime Minister faces a cost-of-living crisis and greater than usual uncertainty in public finances. At the time of writing, the energy price cap for households, due to rise to £3,549 in October has been capped at £2,500. Whilst this support is welcome, for many households this still represents an unaffordable rise. Businesses do not face the same cap and many are now also starting to see sharp rises in their bills or predicted future bills. Although the Energy Bill Relief Scheme will help over the coming 6 months, many still face uncertainty beyond then about what bills they will face.

UK (CPI) inflation rose by 9.9% in the 12 months to August, down from a record high of 10.1% in July. Rising wholesale gas and electricity prices, already rising as energy demand rose as economies opened up post-pandemic, are now feeding through to consumers beyond just their energy bills.

The cost of goods rose by 12.9% in August well ahead of services which rose by a comparatively modest, but still high 5.9%. Food and non-alcoholic drinks saw another rise, with a significant rise also in the price of clothing. Rising energy prices and the cost of inputs such as fertiliser, are now being passed on to consumers through food and drink prices.

In response to rising inflation the Bank of England increased interest rates to 2.25% in September. The Bank intends that this rise, which will feed through to mortgage payments, and other household and business debt, will moderate spending and bring inflation down. The 0.5% rise was the joint largest monthly increase for 27 years.

GDP growth has slowed and the trade deficit has widened

The UK’s GDP is estimated to have grown by 0.2% in July 2022 following a fall of 0.6% in June 2022.  Monthly estimates suggest that in July it was 1.1% above its pre-coronavirus levels. Scotland’s GDP rose by an estimated 0.7% in the three months to May (according to experimental monthly data), representing a slight slowdown on the rates of expansion over the previous three-month period with growth seen in services, production, construction, and agriculture.

More recent survey data confirms the slowdown. Seasonally-adjusted data on private sector activity from the RBS Scottish PMI, a measure of combined manufacturing and service sector output, registered 47.8 in August – the first signal of negative growth in 18 months and down from 50.2 (a very modest expansion) in July. According to the Fraser of Allander Quarterly Survey for Q2, relative to the previous quarter the accommodation and food services sector saw the biggest volume increase in output (54%) in the three months to July.

The UK’s recovery post-coronavirus has been weaker than some comparable economies. In Q2 (compared with the last quarter of 2019), the UK’s economy expanded by just 0.6% compared to the US (2.5%) and Eurozone (1.5%).

Challenging global economic conditions impacted on Scottish exports in July, which expanded at their slowest rate for 25 months according to the Royal Bank of Scotland PMI Export Climate Index. At a UK level the total trade in goods and services deficit widened in the quarter to June to £28bn, the largest quarterly deficit since records began in 1997 as falling exports (primarily lower miscellaneous manufacturing and chemicals) to non-EU and EU countries fell against rising imports.

Rising costs are still outpacing wage rises. Although average total pay including bonuses rose by 5.5% in the three months to July 2022, when inflation is taken into account, this represented a 2.6% fall, or 2.8% fall when bonuses are excluded. Private sector wages are rising at three times the rate of public sector pay and the wholesaling, retailing, hotels and restaurants sector saw wages rise by 7.0% in the period.

Wage pressures, from a business perspective, are starting to impact on recruitment, according to the latest data from the Fraser of Allander’s quarterly business monitor for Q2. Their data found that wage expectations are an increasingly important factor in making filling vacancies more difficult. In addition, they found that 1 in 3 firms were finding it difficult or very difficult to retain current staff, up from 1 in 4 in the first quarter of 2022. Anecdotally, this is leading to a change in working patterns to attract staff with some businesses moving to a four-day week to fill key roles.

In Scotland Unemployment fell from May to July reaching a record low of 3.1%. However, there was also a drop of 25,000 people (0.1%) in employment.

Consumer confidence has dipped but spending has held up so far

Uncertainty over the economic outlook is impacting on consumer confidence. The Scottish Consumer Sentiment Index was -9.3 in Q2 of this year, a decrease of almost 10 points and the largest fall in sentiment since 2020.

However, this data is yet to fully feed through to spending. Data from the Scottish Retail Consortium showed steady growth with total sales in Scotland increasing by 6.2% in July, compared to the same month last year, rising 3.5% on a like for like basis. The proportion of empty shops has also been falling, although at 15.7% remains higher in Scotland than in the rest of the UK.

Outlook slows as businesses begin to plan for the worst

The Bank of England now expect inflation to rise further to a projected peak of 11% in October.  The Institute for Fiscal Studies expects inflation to remain elevated for some time and has estimated that the real rate of inflation, particularly for poorer households will be much higher.

In April, the IMF downgraded its forecasts for the UK growth to 3.2% in 2022 and 0.5% in 2023, suggesting the UK will track the average global growth this year but fall way behind in 2023. Given the increase in inflationary pressures in the UK since April these may well now be on the optimistic side. The Bank of England’s latest report in August predicts a UK recession in the fourth quarter of this year, with real household post-tax income projected to fall sharply both this year and next and GDP to contract by 1.5% in 2023 and 0.25% in 2024.

Businesses have had to respond as best they can to these pressures. According to the Fraser of Allander, two-thirds of businesses now expect growth in the Scottish economy to be weak, up from less than half of firms in the first quarter of the year. They also report that 4 in 10 businesses in Scotland are now likely to cut back on production due to rising energy costs and 86% of firms expect to have to increase their prices by more than normal in the coming year.

Our new Prime Minister has some difficult choices to make around public spending, and taxes, as well as ensuring support for the most exposed households and support for businesses, many of whom are just getting back on their feet post-pandemic. These must be addressed as an urgent priority.  Beyond this we expect energy prices and inflation will start to moderate in time in response to rising interest rates and slowing demand here and elsewhere around the world. As well as supporting the most vulnerable to cope with the current and worsening cost crisis, our new Prime Minister also needs to be mindful of the urgent need to invest in our future economic resilience – to accelerate and encourage investment in renewable energy, insulation of our homes and buildings, building more homes and working towards a fair work society.

Shoulder-to-shoulder on the picket line... with Michael Gove