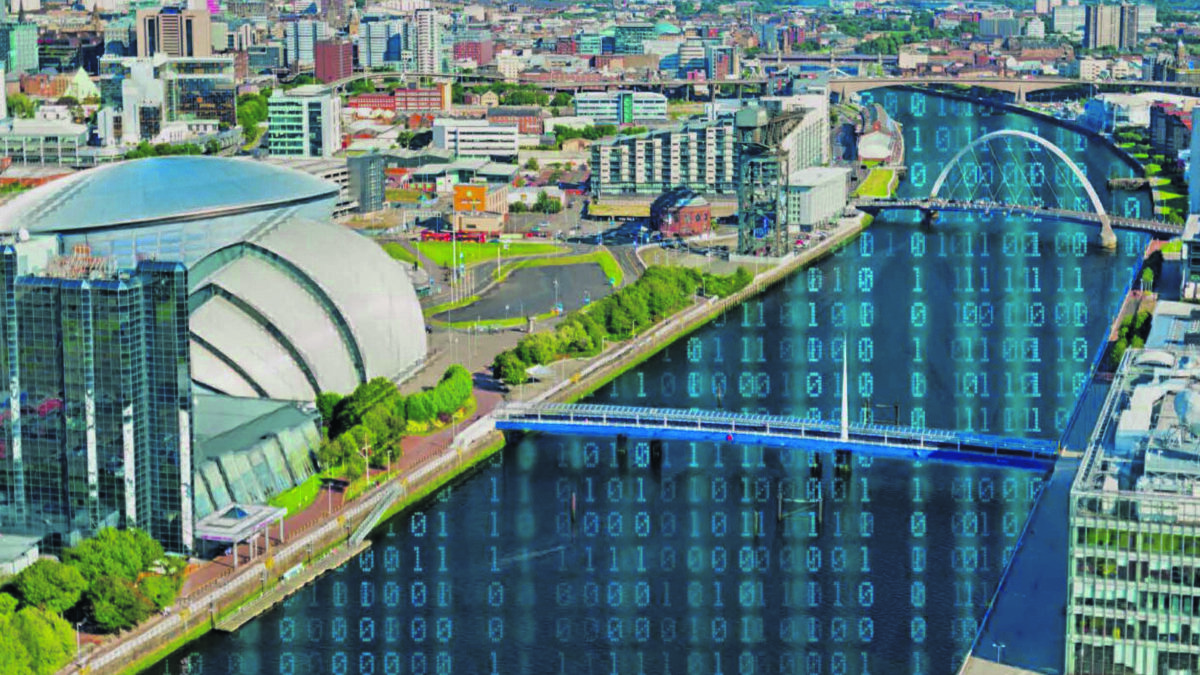 Scotland is already home to a growing climate tech ecosystem, as well as world-class colleges and universities
Sustainability

The emerging Scottish climate tech sector – digital technologies that address the impact of climate change – should try to emulate the success of fintech in Scotland, with Cop26 providing an ideal shop window to the world, according to industry experts.

The Scottish Council for Development and Industry (SCDI), BT, the Royal Society of Edinburgh (RSE) and ScotlandIS published a comprehensive report on climate tech this summer and officially launched it at an event at the RSE last month.

The ‘Innovation Critical – Scotland’s Net Zero Mission and Climate Tech Opportunity’ report outlined what it sees as “Scotland’s potential to be a leading innovator and exporter of technological solutions to
climate change”.

It identifies seven challenges for the climate tech sector in Scotland and proposes 10 recommendations
to deliver change. The report says Scotland is already home to a growing climate tech ecosystem, as well as world-class colleges and universities.

It found that investment in Scotland’s climate tech sector grew by 35 per cent in 2020 and current projections suggest it could hit £123m by 2025.

It calls for a “climate tech moonshot” – to ensure the sector aims high – that includes two new and ambitious national targets. The first target is at least one climate tech unicorn, a start-up valued at more than $1bn, to follow in the footsteps of Skyscanner or FanDuel by 2025. The second is an increase in investment in the climate tech sector to £250m by 2025.

SCDI said the moonshot should “inspire and coalesce ambition, action and collaboration around a national innovation mission”. It added that this should come with greater public investment in early-stage innovation and the “missing middle” of Scottish start-ups. It called for Scotland to “pioneer and roll out new innovation models” that can accelerate financing and boost scaling by bringing together innovators, investors and industry to co-design new markets and create commercial opportunities.

Speaking at the event at the RSE on George Street last month, David Kelly, who was then policy manager at SCDI, said “climate change can be the next fintech sector for Scotland” and described Cop26 in Glasgow as “one of the biggest shop windows in the world”.

He discussed the challenges identified in the report and its recommendations, including the establishment of the climate tech accelerator and cluster, a new organisation based on the FinTech Scotland model to help start-ups thrive. Minister for Business, Trade, Tourism and Enterprise Ivan McKee MSP addressed the audience at the event, saying the Scottish government was “looking very seriously” at the report’s 10 recommendations.

He drew comparisons between the SCDI report and the Scottish Technology Ecosystem Review by former Skyscanner executive Mark Logan in terms of recommendations on how Scotland can achieve success in a new tech space.

McKee referred to government support already in place, including the £62m Energy Transition Fund,
£180m in the Emerging Energy Technologies Fund and the £100m Green Jobs fund. He pointed to challenges in attracting growth capital into start-up and scale-up businesses and the need to access funds in a strategic and focused way.

At the event, Stephen Ingledew, executive chair of FinTech Scotland, joined a panel of experts to discuss the SCDI report and take questions from delegates. He applauded the report for its pragmatic approach.

He described FinTech Scotland as a “community of innovators”, that wasn’t exclusive and said what started out with about 26 SMEs had grown to 185 with more in the pipeline.

To help start-up tech companies grow he said that big organisations had to “put their shoulders to the wheel” as has happened in fintech with support from the likes of HSBC.

He added that a fintech citizen panel had also been created, formed of organisations at the coalface such as Citizens Advice Scotland, to work alongside innovators. During the panel session McKee said there was place for a climate tech “moonshot that gives direction”, but added that steady progress over time was important and small changes should not be ignored.

The report also secured the backing of MSPs earlier in the year. Willie Coffey, SNP MSP for Kilmarnock and Irvine Valley, lodged a motion in the Scottish Parliament welcoming its publication as an “exciting contribution to Scotland’s net zero journey”.

The SCDI Forum 2021 in Edinburgh on 18 and 19 November – its 50th forum – with the theme of ‘Making a Good Living’ will also address how to accelerate action to address climate change, building on debates at Cop26.

Challenge #1 How can we deliver an ambitious vision and strategy for Scotland’s Climate Tech
sector?

Challenge #2 How can we close the Scottish start-up funding gap?

Challenge #3 How can we accelerate the pace of Climate Tech innovation and adoption?

Challenge #4 How can we nurture and grow Scotland’s Climate Tech ecosystem?

Challenge #5 How can we close Scotland’s green and digital skills gaps?

Challenge #6 How can we increase diversity and open up opportunity in Climate Tech?

Challenge #7 How can Scotland be a Living Lab for Climate Tech Innovation?