Home > Sustainability > How Shetland became a leader in waste-to-energy 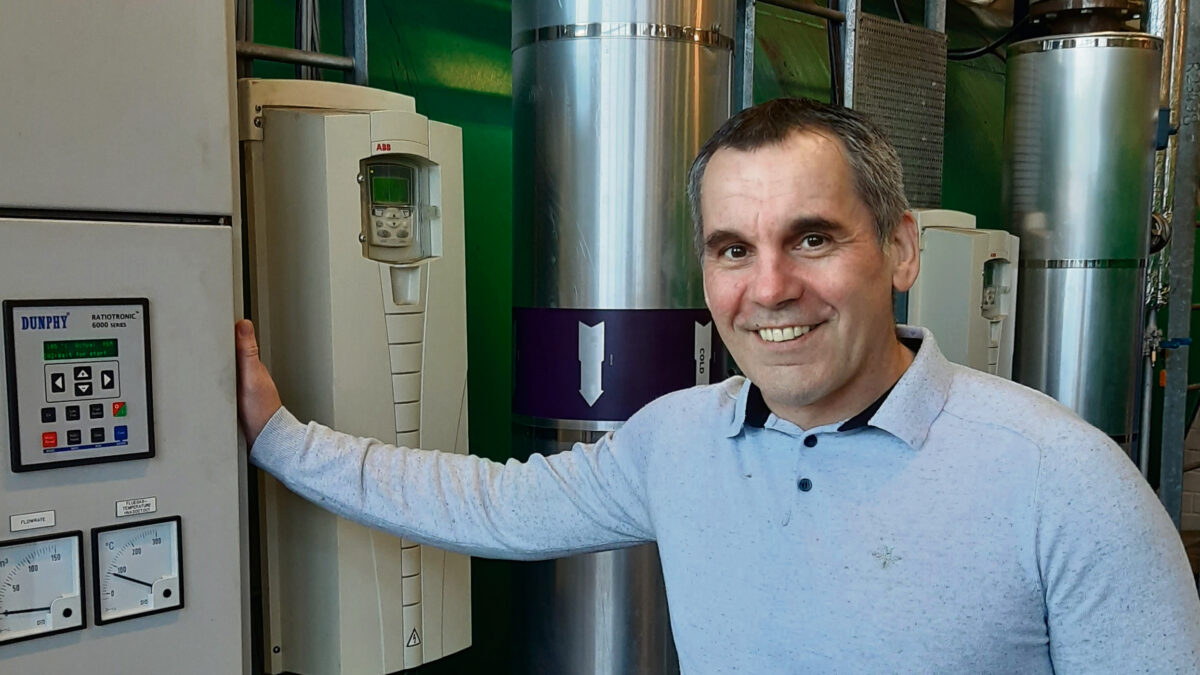 The UK Government is reportedly considering a ban on gas boilers by 2035 with grants to switch to renewable means of heating homes. With 78 per cent of UK homes currently heated by gas this is a tremendously ambitious challenge. Heat pumps are being touted as the alternative to gas yet these are currently expensive to install and their performance is not fully understood – especially in older homes or in areas of extreme climate.

In the Shetland Islands there are no gas mains. Situated on the demarcation line between the North Sea and Atlantic Ocean over 100 miles away from the northern-most tip of the UK mainland it experiences some of the windiest and stormiest conditions in the country.

Heat for homes has always been an essential commodity in these islands. Recent government figures show 31 per cent of households in Shetland fall into the category of fuel poverty. This is well above the national average and among the highest in Britain. Therefore it can be said that inhabitants of Shetland have good experience when it comes to the question of keeping homes warm.

There are many challenges to living in a small remote archipelago, not least logistics and transport. Consequently back in the 1990s local council officials were faced with the difficulty of meeting new legislation on waste management without access to mainland processing or recycling facilities. With longstanding historical connections to Scandinavia it quickly became apparent that Denmark was a leader in the field in waste processing, specifically in converting waste into energy through district heating schemes.

After some research a decision was taken to develop a waste-to-energy plant in the main town of Lerwick and combine it with a district heating scheme which would deliver heat and hot water to the community’s residents.

Specialist Danish district heating companies were contracted to deliver the project and ultimately 40km of insulated pipes were connected and buried underground providing a network that the community could connect to.

The waste-to-energy plant with a capacity of 22,000 mt of waste incineration a year was built with the capability of producing 6.6 mw/hrs of energy for district heating. Shetland opted for a heat-only plant without any electricity generation.

Predominantly the waste-to-energy industry focuses on electrical production with the heat disposed of or with limited use. Generally the expense and upheaval of laying a pipe network in an established urban area dissuades developers from connecting a district heating scheme. However the cost and inconvenience was worth it environmentally for Shetland.

Heat-only waste plants are the most efficient models in this sector and a recent report by Zero Waste Scotland has the plant in Lerwick as the most efficient waste-to-energy plant in the country with emissions three times lower than its nearest counterpart. Performing so well at over 20 years old is an accolade Shetland can be proud off.

The environmental impact of the district heating scheme was important for the community and capturing the data was a key consideration. Every property that connected was assessed on its energy use prior and after connection. From this it was measured that the community eventually saved 15,000 mt of CO2, 1000 mt of NOx and 500 mt of SO2 emissions entering the atmosphere every year of full operation.

That’s over 250,000 mt of carbon emissions alone since the scheme started. In a community blighted by fuel poverty, cost of heat is also a priority for the scheme and at the time of writing district heating in Lerwick is less than a third the price of electricity. That’s a very welcome saving for the 850 residential properties that are connected. Local schools, care homes, the island’s hospital and public buildings such as the leisure centre, museum and cinema all also benefit from these savings. Again the annual costs are measured and since the scheme began the community has saved £30 million in heating bills.

SHEAP (Shetland Heat Energy and Power) which operates the district heating is owned by Shetland Charitable Trust which invested heavily to allow the development to proceed. This foresight has prevented fuel poverty being much worse than it could have been in Shetland and has avoided significant environmental damage from the fossil fuel heating that it replaced.

Waste is still a big problem in the fight against climate change and it’s very important that society creates less waste and recycles more. There will always be waste that is impossible to recycle and the best solution we have for this is to turn it into energy that may otherwise have been produced by hydro-carbons. The current Covid-19 situation generated millions of non recyclable face masks. Instead of littering the countryside in Shetland they were used to produce heat for the community.

Unfortunately figures for global waste are not encouraging. Currently only 19 per cent of all waste is recycled and only 11 per cent is sent for incineration. 37 per cent is sent for landfill and 33 per cent is openly dumped. Landfill produces methane from waste which as a gas is up to 30 times worse for the environment than CO2. Clearly in the fight against climate change landfill for waste has to be eliminated – worldwide.

Hopefully Cop26 will see many other countries look at waste-to-energy as a valuable step on the path to waste elimination. Certainly if all global waste was handled the way it is in Shetland millions of tonnes of emissions would be saved.