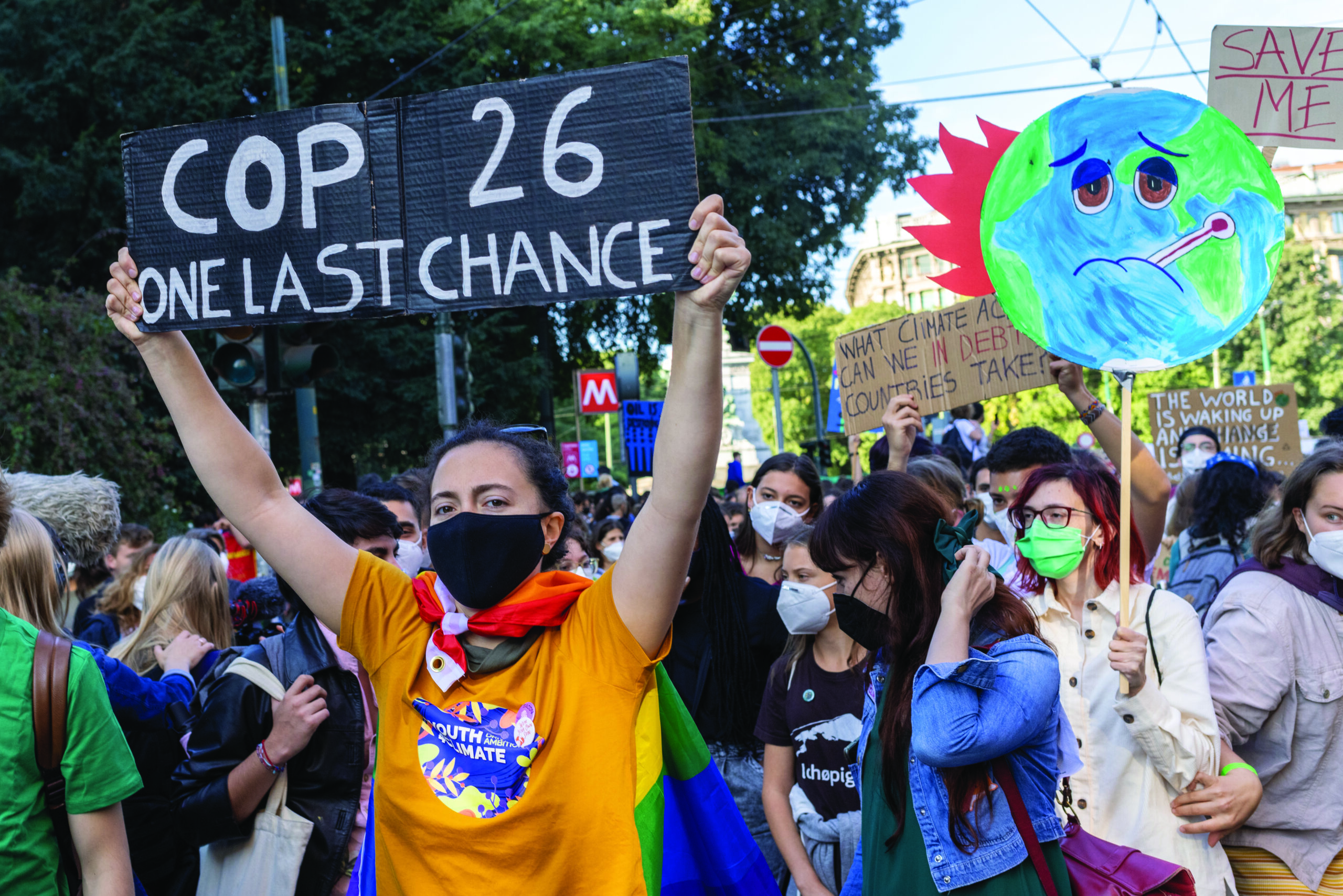 One year on from Cop26, are there signs that we are moving in the right direction?

Cop26 ended with 197 attending nations and territories signing the Glasgow Climate Pact with the claim this would “keep 1.5C alive and finalise the outstanding elements of the Paris Agreement”. As Cop27 took place in Egypt last month, Scotland was looking at what new commitments were made, and how these might directly and indirectly impact our workforce, R&D, innovation and investment.

However, with the Glasgow conference described by visibly disappointed Cop president Alok Sharma as a “fragile win”, are there real reasons for confidence that we’ve moved in the right direction and continue to do so?

Chris Stark, CEO of the Climate Change Committee (CCC) and previously Director of Energy and Climate Change in the Scottish Government, believes that Cop26, without doubt, marked progress.

“We came away with a whole host of things in the bag,” he says. “If you take the long view, 15 years ago we didn’t have any of it. That’s the perspective you need to take because we’re not going solve this thing tomorrow. “I understand people when they say Cops don’t appear to have gained very much. However, if you go back to where we were in Paris 2015, we finally got a global treaty on climate change that engaged nations in talking about achieving a temperature goal of below two or 1.5C.

“Remember, back then the world was facing a temperature increase of about three and a half degrees centigrade. As we left Glasgow it was more like two and a half, so we’d shaved off one degree from that in a matter of six or seven years. That is the process working.”

Stark concedes that more could have been done but views Glasgow as a breakthrough moment in seeing the corporate and commercial interest in combating climate change move ahead of that of world leaders.

“It’s a commercial opportunity now and that’s what’s different about it – dramatically different from previous COPs because previously it would have been world leaders dragging some of these people along. Now, these world leaders are behind the curve when it comes to the future we face. “For Stark this shows, despite all sorts of reasons to worry about climate change, that we have a process that is finally starting to work.

“Today we’re at the plateau of fossil fuel use for the first time and we’ll start sliding down the other side of the mountain soon. That’s exciting and it’s because all the interest globally is on achieving net zero. By mid-century you’ve something like 90 per cent of global GDP under a net zero goal. So things point towards a better future.

“Of course, we’re against the clock. We must do this quickly and that’s where the friction comes. Doing it quickly is not easy. We’re talking about a wholesale change to the global economy.

There is, though, another caveat on untrammelled optimism with Stark warning: “Net zero has become a slogan – every corporation wants to have a net zero plan – but it’s a scientific goal. “And until you reach net zero, the world keeps warming. As optimistic as I am about things looking better for the commercial opportunities and the investment that needs to come from the private sector, it’s not quick enough. Although we have shaved one degree off the future temperature, that’s still utterly catastrophic!”

He sees a pivotal role for guidance and governance. For instance, the CCC recently reviewed evidence on the impact of voluntary carbon markets and offsetting. It suggested shortcomings here could be overcome with stronger governance to ensure high-integrity carbon credits and clearer guidance for businesses to encourage them to cut emissions first before turning to offsets.

“Policy and politics need to be in the right place,” notes Stark. “A good example is what’s happened in Scotland with renewables. We’re in a brilliant place now – one from which I can say to you it is cheaper for the economy to move to renewables than it is for us to continue to burn fossil fuels.

“It’s wonderful that’s happened but it has happened because the policies put in place have created conditions that have allowed private finance for renewables and allowed the market to deliver astonishing cost reductions in solar and offshore wind. “That wouldn’t have happened without policies that allow finance to flow. We need to see these kinds of policies continued and in other sectors,” he adds. He believes that the private sector is finally at the table: “It’s now interested in it not just for climate reasons but because it can see the dollar signs – but you still need policy to make that happen.”

“That’s what Glasgow and Cop26 was about. We had significant breakthroughs around some key technology transitions on steel and concrete and on renewables, on transitioning away from fossil fuels, on electric vehicles but ultimately, all of that rests on quickly making big capital investments that allow the transition to take place; that, in turn rests on policies being in place, to make it happen.” Stark admits he doesn’t know what this year’s Cop will ultimately deliver but notes that having the presidency in Africa makes it a very different proposition.

“The discussion is quite rightly a contrasting one. The wealthier economies are rich on the basis of fossil fuels. Their outlook tends to be framed around the challenge of de-carbonising and achieving net zero. “However, the economies of the world experiencing the worst effects of climate change, like the whole continent of Africa, have a different conversation, one that’s essentially about experiencing the impacts of something that was not their fault in the first place.” That he says can be summed up as the “loss and damage” discussion.

“Undoubtedly that will be a huge factor: the outcome is going to be different and increasingly focused on the flows of funding and finance from the richer economies to the poor ones. The private sector is now at the table not just for climate reasons but because it can see the dollar signs. But you still need policy to make that happen.”