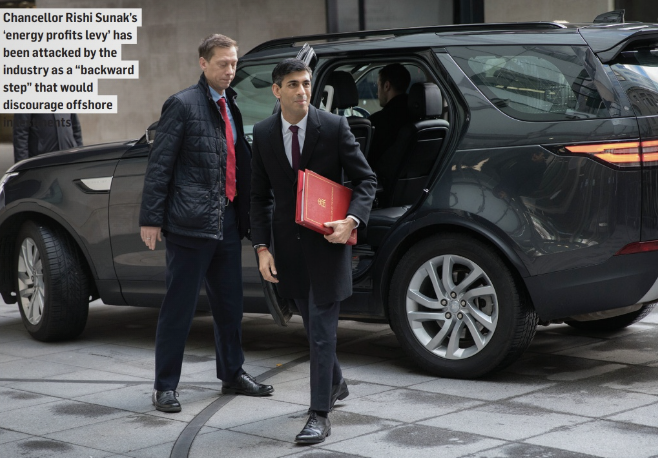 Soaring prices are affecting millions of households, but there is long-term structural damage as well

Energy prices have been rising alarmingly and the war in Ukraine has provided another shock that has set them spiralling further. Meanwhile, consumer choice has been restricted after the failure of dozens of new entrants to the energy market over the last few years, partly because of rising wholesale natural gas prices.

Among the energy providers that failed were Scottish companies Together Energy and People’s Energy. Clydebank-based Together Energy, which had approximately 170,000 customers, went bust in January. At the time it said the “sustained increase in wholesale prices and the securities required to continue to forward purchase the energy have meant that it is untenable for us to continue”.

East Lothian-headquartered People’s Energy, which supplied approximately 350,000 homes and 1,000 businesses, collapsed last autumn when it could no longer afford to trade. It had been set-up as a community interest energy supply company in 2017 by co-founders and joint CEOs, Karin Sode and David Pike, who had promised to return profits to their customers.

But as energy costs soared and more and more people struggled with the cost-of-living crisis, including fuel poverty, the UK Government last month finally took action. Chancellor Rishi Sunak described his 25 per cent windfall tax on oil and gas producers’ profits as an energy profits levy. This came alongside a £15 billion package of support for households, including a

discount on bills. The UK Government had been opposed to a windfall tax on producers but came under increasing political and consumer pressure to act.

When he announced the measures, Sunak said: “We will introduce a temporary and targeted energy profits levy but we have built into the new levy a new investment allowance that means companies will have a new and significant incentive to reinvest their profits.”

However industry immediately hit back at the plans. Offshore Energies UK (OEUK) described the move by the government as a “backward step”. It said the energy profits levy would discourage UK offshore energy investments, meaning a reduction in oil and gas exploration and production, and a subsequent increase in imports. It added that this was the opposite of what was promised in the British Energy Security Strategy in April.

Deirdre Michie, OEUK’s chief executive, warned the new taxes “will drive away investors and so reduce UK energy production. That means less oil, less gas, and less renewables. It also makes it much harder for the UK to reach net zero by 2050”.

She added: “We need Downing Street and the Treasury to work with us to avoid the UK being starved of the tens of billions of pounds of investment needed to build the energy systems and energy security that will protect UK consumers from more crises like this one.”

Rain Newton-Smith, the CBI’s chief economist, welcomed help for people facing real hardship, but warned: “Despite the investment incentive, the open-ended nature of the energy profits levy, and the potential to bring electricity generation into scope, will be damaging to investment needed for energy security and net zero ambitions.

“It sends the wrong signal to the whole sector at the wrong time against a backdrop of rising business taxation elsewhere.”

The Ukraine conflict, along with other economic, social and political issues, is affecting more than just prices in the energy sector.

Morag Watson, director of policy at Scottish Renewables, says: “Our members are experiencing several supply chain issues, particularly around accessing replacement parts for wind turbines and other complex equipment, as well as the increased fuel price, which is affecting transport costs both on and offshore.

“The increased price of steel is adding to the cost of developing new projects, and therefore increasing the cost of the electricity they generate. And of course, staffing issues caused by

Brexit still exist, albeit less acutely for the renewable energy industry than for other sectors of the economy.”

She adds that renewable energy is already acting as a buffer to the cost-of-living crisis. “The record high gas prices we are seeing currently are affecting all parts of our society, and every kilowatt of renewable power which is used means burning less gas – good for the environment and good for consumers’ pockets. In 2021, renewables displaced around £6.1 billion worth of gas, equivalent to £221 per household – a number which will increase as we deploy more of the renewable energy projects we need to meet net zero.”