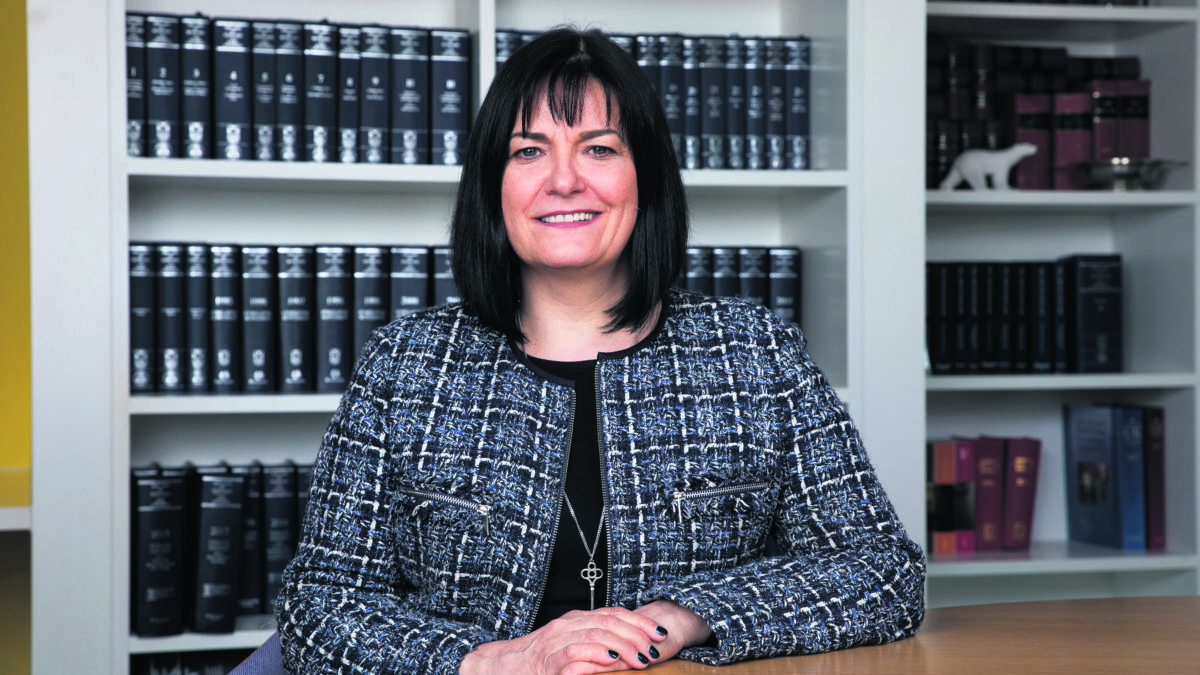 "We are fortunate to have a solicitor profession that is dedicated to serving members of the public and access to justice as well as supporting Scottish business and industry," says Lorna Jack
Legal

The past 13 years at the Law Society of Scotland have been an absolute privilege. That’s not to say they haven’t been without their challenges.

However my aims on joining the organisation have remained consistent: to lead and transform, to ensure that we provide the support and services that our members need to do their jobs well, and to regulate effectively, making sure that consumer protections and the public interest are reflected in everything we do.

I arrived as the effects of the 2008 financial crash were making themselves felt, which was very tough. It brought enormous upheaval across the sector and had long-lasting effects, essentially reshaping the sector through a number of mergers of firms which resulted in fewer, but larger, law firms, including the entry of more international and pan-UK firms to the Scottish legal market.

Then, as throughout the past 18 months of the Covid-19 pandemic, the profession has proved itself to be resilient and adaptable in continuing to meet client need. And it has continued to grow over the years – there are now more than 12,000 Scottish solicitors, a fifth more than when I arrived.

Despite this growth, and strength in our larger law firms, there are still significant issues around legal aid. We have a shrinking criminal defence bar and far fewer solicitors can afford to carry out civil legal aid work, which presents real access-to-justice issues.

There is ample evidence to support a funding framework that reflects regular reviews, and the Society will continue to argue the case for this to ensure that people, including some of our most vulnerable citizens, can access legal advice. Despite recent fee increases, a Covid-19 financial support scheme for members and one-off, part funding to encourage 40 new legal aid traineeships, the effort to find a longterm resolution which we first sought in 2016 still rumbles on.

Pursuing a much more strategic approach and introducing associated governance changes has been a key part of my time at the Society. That is reflected in the more modern and dynamic organisation that we have become – symbolised by our move to new open and welcoming offices, which allowed much more interaction and cross-working than was the case previously.

Although home-working became our norm during the pandemic, this remains a flexible space which we are adapting to accommodate hybrid working for our colleagues and members post-pandemic. Buildings are inanimate objects though and it is people who affect change.

I’ve been incredibly fortunate to work with many talented, dedicated colleagues, alongside our hundreds of committee and council volunteers, and of course 14 exceptional presidents, who have each devoted tremendous passion and energy to their profession.

The breadth and depth of knowledge across the organisation is unmatched, and so much of this goes into supporting the profession, improving the law as part of our public interest role, and ensuring there is a robust regulatory regime that protects clients where needed.

It is a profession that cares about the impact it has on the lives of others. Solicitors are problem solvers and highly-skilled advisers who contribute hugely to our justice system, to our economy and more broadly to our society.

It has been very rewarding to be an ambassador for such a highly regarded profession. This isn’t just my point of view: independent polling shows that more than 80 per cent of the public trust Scottish solicitors in general, despite an adversarial justice system.

The Society has also improved in its members eyes, with 90 per cent satisfied with the work we do – up from 58 per cent eight years ago. I believe it’s essential that we have a legal profession that can reflect the society it serves and we have had an increasing focus on diversity and inclusion.

While over half the profession is female, there has been a gap in women reaching partner or director level.

That is beginning to change and around 30 per cent of senior positions are now held by women. That said, we do want to understand more about why fewer men are now choosing to enter the
profession, but overall it is an increasingly diverse profession and we continue to work to remove unnecessary barriers to entry and to progression.

I’m incredibly proud of our social mobility charity, the Lawscot Foundation. It has gone from strength to
strength in the five years since its creation and is now supporting 40 young people from less advantaged backgrounds through their legal education.

It has been truly humbling to learn of the difficulties these young people have overcome to get the grades they required to study law at university. I have no doubt they will prove to be excellent solicitors if they choose that path.

It seems fitting in my last few weeks at the Society that legal services regulation has once again come to the fore.

A key feature of my time as chief executive has been in driving improvement in our regulatory processes
following legislative change which saw the creation of the Scottish Legal Complaints Commission in 2008, followed by further change in 2010 resulting in the Society’s Regulatory Committee. This brought non-solicitors more firmly into our governance structure, benefiting not only the Society and the
profession, but all those whom solicitors serve.

We have long called for new legislation to replace the existing patchwork of law governing the profession, much of it more than 40 years old. We published our ‘Case for Change’ paper back in 2016. An independent review followed in 2018, and just last month, the Scottish Government published its consultation on the future of legal services regulation.

We are supportive of change, but we need to focus on the cumbersome processes of regulation
hardwired into primary legislation rather than obsessing about the frameworks. They are not the problem.

We are fortunate to have a solicitor profession that is dedicated to serving members of the public and access to justice as well as supporting Scottish business and industry. It is vital that any future reform ensures that the profession not only retains its independence and ability to meet clients’ needs, but provides the opportunity to thrive.

I shall certainly be interested to see what happens in the next chapter in the Society’s history.

Lorna Jack steps down from the Law Society of Scotland on January 4 and Diane McGiffen, former chief operating officer at Audit Scotland, will take up the position as its new chief executive the following day. 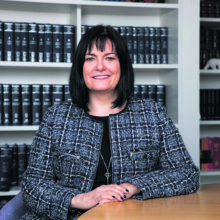