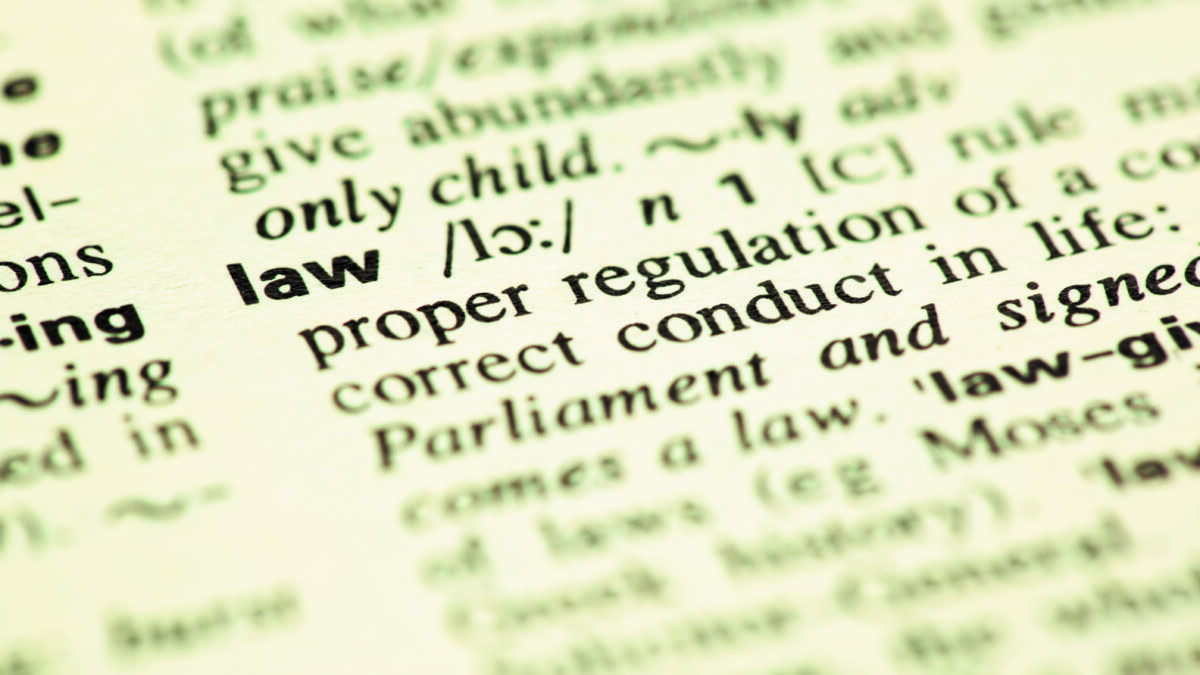 Reform of how the Scottish legal profession is regulated has been a long time coming. During the first session of the Scottish Parliament, which ran from 1999 to 2003, an inquiry was launched to investigate concerns about the way consumer complaints against lawyers were handled.

Yet while the Justice One Committee concluded that reform of the system was necessary to “make it more acceptable to consumers and more representative of the public interest”, and while a review begun in 2017 outlined what changes could be made, concrete action has yet to be taken.

That is expected to change in the coming year, with the Scottish Government committing to introducing legislation after consulting widely on a review undertaken by former NHS24 chair Esther Roberton in 2017 (see Page 20).

“The Scottish Government has engaged extensively with key stakeholders along with the public consultation exercise in respect of reform of legal services regulation,” a government spokesperson said.

It will not be an easy task. As the government made clear in its analysis of the consultation, consumers and organisations that represent them favour Roberton’s conclusion that a single, independent regulator be established, with many noting that the current system, which sees lawyers regulate themselves via their own representative bodies, is rife with conflicts. Those bodies, meanwhile, are in favour of maintaining the status quo, despite two recent cases highlighting the problems inherent in that.

Gordon Jackson KC, the former dean of the Faculty of Advocates — the membership body for court- based representatives — is facing a six-month suspension following an investigation by the organisation’s in-house disciplinary committee. That was launched after Jackson was recorded in public naming the accusers in a sexual offences case brought against former First Minister Alex Salmond in 2020.

Salmond, who was represented by Jackson, was acquitted of all charges but reporting restrictions remain in place that mean naming the complainers is a contempt of court.

Alhough Jackson stood down as dean of the Faculty when the investigation against him began, questions were raised about the ‘cosiness’ of him being one of the most senior members of an organisation responsible for policing those members’ behaviour.

Similarly, a whistleblower who complained about the conduct of senior advocate Brian McConnachie KC, who was investigated after sending sexually explicit text messages from inside court buildings, said she felt a disciplinary committee made up of his Faculty peers let him off with a “slap on the wrist”.

A further investigation is now to be held after the whistleblower appealed. Despite these high-profile cases, because there are many thousands of solicitors in Scotland and around 500 advocates, most complaints received are against the former.

The system for dealing with them is clunky, with the Scottish Legal Complaints Commission (SLCC) being the first port of call for all complaints while those relating to a practitioner’s conduct get handed to the Law Society or Faculty to deal with and those relating to service are retained by the SLCC for investigation.

This has led to arguments between the Law Society and complaints commission, with both accusing the other of stepping on its toes on several occasions. Though the organisations are split on what they would like to see happen from now, with the SLCC broadly supportive of Roberton’s recommendations while the Law Society is opposed, they are both in agreement that change to the system is long overdue.

“We are pleased the Scottish Government is prioritising a new bill to reform the regulation of legal services,” said Law Society president Murray Etherington. “Much of the current legislation is over 40 years old and is simply unfit for Scotland’s modern legal sector and the international market in which it now competes.

“The system for handling legal complaints is too slow, too complex, too expensive and needs urgent overhaul. “This new legislation [will] provide an opportunity to make real improvements which better protect the consumers and also allows the legal profession to thrive.”

SLCC chief executive Neil Stevenson, meanwhile, noted that his organisation has long been advocating for a system that prioritises better protection and faster redress for consumers of legal services, something that Roberton’s report made allowance for.

“Since 2016 the SLCC has been setting out a bold vision for the future of legal services regulation,” Stevenson said.

“We continue to believe that the current regulatory and complaints framework needs fundamental reform to create an agile, future proof, responsive and proportionate model of regulation. “We stand ready to work with government and stakeholders across the sector to make that reform a reality.”

Though the Roberton review was initially commissioned by then community safety minister Annabelle Ewing and the consultation was brought forward by her successor Ash Regan, implementation of the bill, in whatever form it takes, will fall to current incumbent Elena Whitman, who was appointed after Regan resigned from government in November in a protest over its gender recognition reforms.

It was back in April 2017 that Esther Roberton, at that time chair of NHS24, was appointed to lead a much-anticipated review into legal services regulation that the Law Society of Scotland had spent the previous year lobbying hard for.

Though the review was seen as necessary and urgent, it took Roberton and her team, which included then Harper Macleod chairman Lorne Crerar and advocates Laura Dunlop of Hastie Stables and the now late Derek Ogg of MacKinnon Advocates, 18 months to report. When they did, their findings were not universally welcomed.

The panel recommended the creation of a new regulator that would amalgamate duties variously overseen by the Law Society, Faculty of Advocates, Association of Commercial Attorneys, Scottish Legal Complaints Commission (SLCC) and Scottish Solicitors’ Discipline Tribunal.

Arguments had been festering between the Law Society and SLCC in particular about who should have responsibility for what and the idea, Roberton said, was to create a single, independent body “framed by the fundamental consumer principle that a good regulatory system should be independent of those being regulated”.

With the profession split over whether that was a good idea, a public consultation was held, yet still no consensus was found — consumers liked Roberton’s approach, lawyers did not.

The Scottish Government committed to introducing some kind of change in its Programme for Government for the current year. It is going to have its work cut out for it finding a solution that fits the bill.