Home > Legal > Legal World will never be the same again 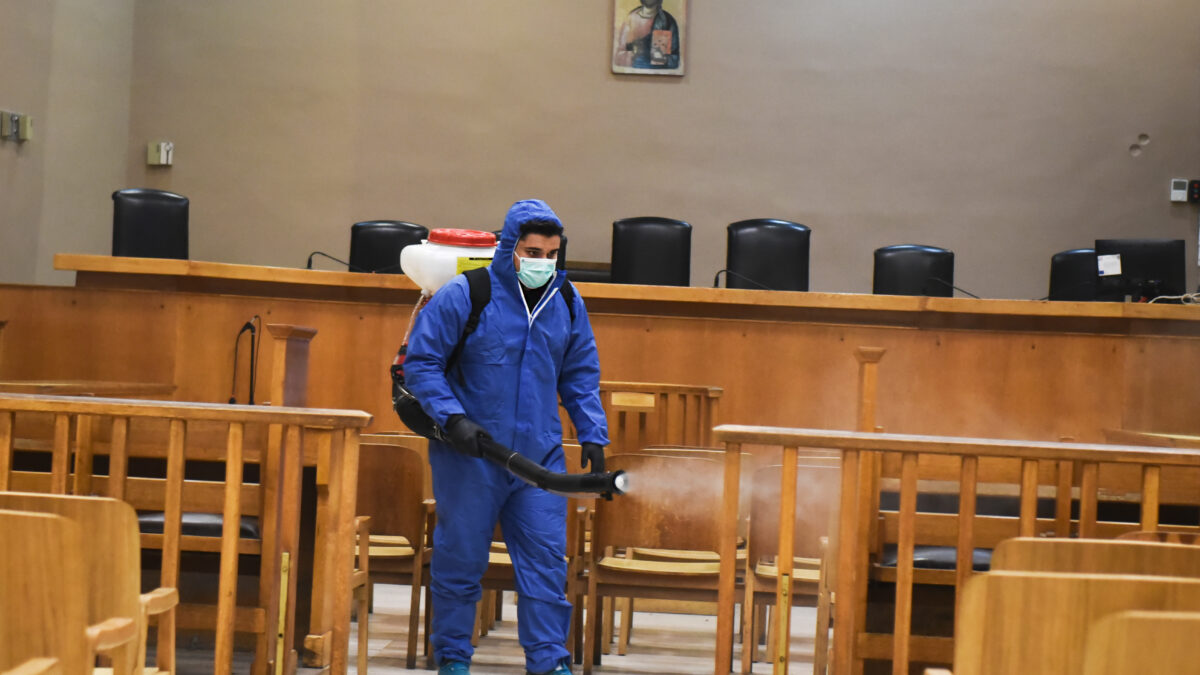 Let’s scroll back for a moment (which would be nice). There was change in 2019 evident on several fronts: among other developments, Scottish lawyers were prominent in challenges regarding whether or not the UK could revoke Article 50 without the agreement of the other EU member states and further mergers involved firms that included Anderson Strathern with Hardy McPhail and Lindsays with Hadden Rankin. Meanwhile, the impending shadow of Brexit loomed increasingly large over deals in Europe, with implications for all sectors of the law and business.

It still does: the UK has now left the European Union and the Brexit transition period – whether we’re ready or not – ends on December 31. Brinkmanship and fractious exchanges continue between Brussels and London as to whether the resultant deal will be narrow or non-existent but it cannot be extended beyond that date so we’re far from the end of that long-running story.

And while Brexit will have major consequences for areas that include technology and IT, fishing, farming and the already beleaguered retail and hospitality sectors among many others, another, globally catastrophic scenario has relegated discussion of these to the second tier.

With the Scottish government’s introduction of a  new, five-level system of local Covid-19 restrictions earlier this week and as England prepared for another national lockdown it’s clear we’re in this for the long haul, much longer than most of us could have possibly anticipated in March, when news of the pandemic eclipsed even headline-sparking legal stories such as former First Minister Alex Salmond’s being acquitted of all charges of sexual misconduct at the High Court in Edinburgh, though the political inquest continues.

Lawyers though are used to change, and while making the best use of technology to facilitate client meetings and business conferences was already well under way, this crisis has galvanised the profession into fresh action and dramatically shortened the timescale of the trend.

As Alan Nelson, managing partner of CMS Glasgow notes later in this supplement: “The importance of IT and connectivity has been demonstrated to everyone through the pandemic. The seismic shifts we have seen in changing to home working, connecting with people over zoom … will well outlast the pandemic.”

Adapting to new circumstances, the Scottish Courts and Tribunals Service’s cautiously introduced WebEx video conferencing for the Inner House, then the Outer House and Court of Criminal Appeal.

Lord Carloway, the Lord President of the Court of Session, said in a recent speech: “Even after a vaccine is developed, when sports stadia are full and the pubs are open after 10.00pm, courts and tribunals will not return to the way things were.”

While Roddy Dunlop, QC, Vice-Dean of the Faculty of Advocates said earlier this year that – as in England – hearings in Scotland could be accommodated within government coronavirus guidance by the use of video and other technology.

However, in a letter to the Scottish Courts and Tribunals Service (SCTS) and Humza Yousaf, the Cabinet Secretary for Justice, he added that while it had been pleasing to learn in that Inner House business in the Court of Session was to recommence remotely from April 21, he was concerned at a “mothballing” approach that would put the financial futures of firms of solicitors and members of Faculty at real risk.

Meanwhile, the Law Society of Scotland responded swiftly to the Covid crisis with a £2.2 million package of financial support for solicitors, the professional body’s governing Council agreeing that, for the 2020/21 practice year that the practising certificate (PC) fee for every solicitor would be reduced by 20%, the accounts fee paid by law firm partners reduced by 20% and the client protection fund contribution for law firm partners to zero. This followed a series of other changes that included the furloughing of 20% of Law Society staff, a recruitment freeze and other savings.

The society is now looking to its new president, Amanda Millar, as a leader for hard times. It has good cause to, with 90% of firms facing reduced turnover and up to a quarter of solicitors in private practice on furlough at some stage during the pandemic.

Millar says that this year has been “truly the challenge of a lifetime: one that people who are practising now will never have encountered before” – and one that overshadows even the economic shock that followed the global financial crisis of 2008-2009.

Starting out in law as a young gay woman who could not find a visible role model, she was also the first solicitor in Scotland accredited by the Law Society in both Mental Health Law and Incapacity and Mental Disability Law. It’s unsurprising, then that she is someone not afraid to break the mould and injects a note of optimism, believing that that the current crisis, however daunting, has brought the profession together in the effort to mitigate its effects.

“The circumstances here are unprecedented, but people are pulling together; that’s very much the feeling I get. On the financial package, the level of active positivity that has resulted is quite surprising: it’s a sign that everybody acknowledges what is going on and the efforts that are being made, and that’s important,” she said.

She also applauded the volunteers on the society’s committees in working with Government and others to address the challenges facing their sectors. “They already take time out of their working lives in average circumstances, and many of them have taken even more time to deal with these issues and provide the support necessary from a legal perspective in developing the legislation in these incredibly challenging times, when lots of these members are also looking to their own family and firm responsibilities.”

Millar is keen to embrace the “one profession, many journeys” ethos that the Law Society of Scotland promotes, repudiating the perception that a career in law is only for the privileged few and highlighting diversity and inclusivity.

Heather McKendrick, head of Careers and Outreach at the Law Society of Scotland also highlights its Street Law programme, which aims to raise the aspirations of students from less advantaged backgrounds and the Lawscot Foundation, supporting them through their legal education journey.

“We’ve been working very positively with many of the law firms in Scotland which themselves are taking steps to try to level the playing field, It also encourages students who may have been wary of applying to these firms and help them to realise that they are being actively pursued as talented individuals who may not have been interviewed were it not for this system.”

There’s lots of positive progress in the profession as we approach 2021, not least in the Conference of the Parties (COP) 26 of the United Nations Framework Convention on Climate Change which will now take place in Glasgow in November 2021, and which raises multiple questions and valuable opportunities for the profession.

As Stephen Gold sagely notes on the following pages: “One of the few benefits of this grisly virus is that it has accelerated long overdue change”.

Values that speak of a wider purpose