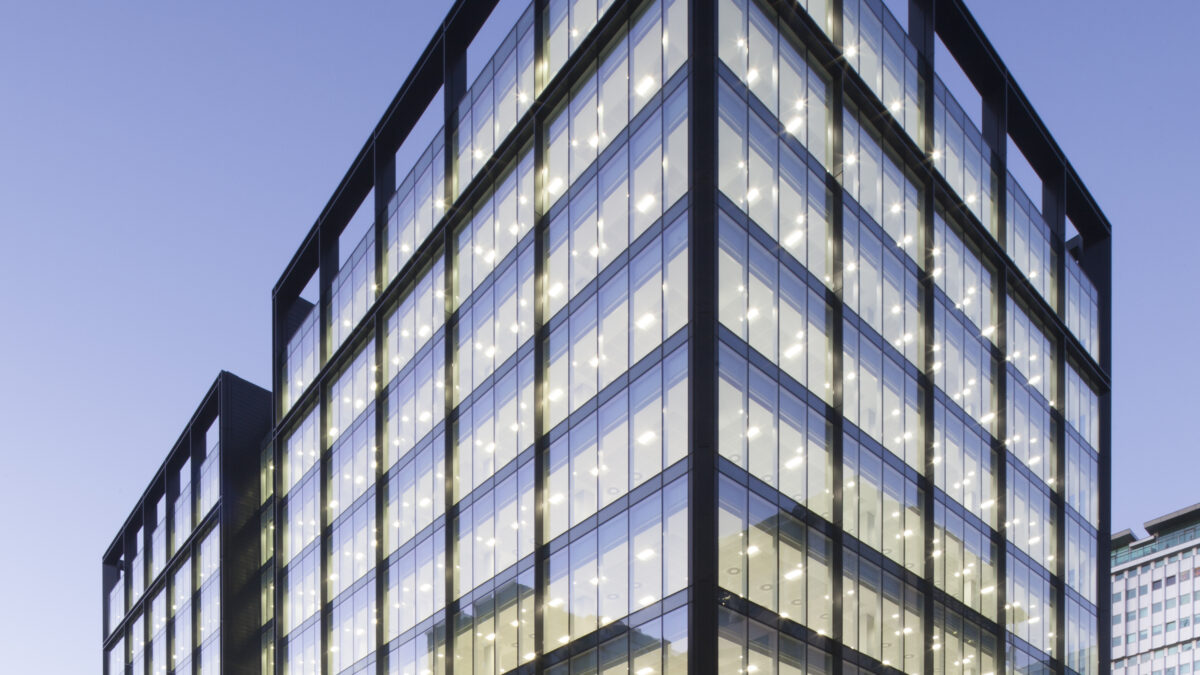 Recent years have been good ones for the commercial property in sector in Scotland, allowing it to  stand back and survey the prospects with a sense of deserved satisfaction. After all, the industry’s recovery since the Global Financial Crisis of more than a decade ago has been an impressive one.

The trend in overseas investment from countries such as North Korea, and closer to home Germany, was positive, attracting people who had refused to be dissuaded by the Brexit referendum in 2016.

One clear advantage enjoyed by real estate is that global capital takes a long-term view, recognising the fundamentals of value, particularly in cities such as Glasgow and Edinburgh north of the Border as well as big regional centres such as Manchester and Liverpool.

Major banks and pension funds don’t commit the large amounts of money involved lightly, and projects can take years from inception to realising a profit, often bringing significant employment benefits with Codebase at Edinburgh’s Quartermile becoming the largest technology incubator in the UK.

And while there have been other encouraging signs, such as Barclay’s Scottish chief Scott Stewart announcing earlier this year that the hiatus had not altered the bank’s commitment to its new HQ campus in Glasgow, as with practically every other sector – with the exception of healthcare – it’s hardly surprising that the investment market has been seriously disrupted.

Martin Devine, a committee member of the British Council for offices in Scotland – which last month named Morgan Stanley’s Glasgow HQ at 122 Waterloo Street as the top corporate workplace in Scotland – and a partner at Pinsent Masons LLP said: “In the immediate months following lockdown our clients called on us to support them while they adjusted to such a rapid change in the market, particularly in the office and retail sectors.

“As lockdown eased we saw a steady recovery in investment activity over the summer months, particularly in industrial/logistics and residential. Those sectors are attracting far more attention from investors, while the retail sector, which faced difficulties before Covid-19, now confronts even greater challenges as it tries to adapt to a very uncertain future in retailing.”

Devine adds that he is encouraged by the opening up of the market and improvement in transaction volumes. “However, as we enter what would traditionally be the business part of the year, it would be unrealistic to expect activity levels to reach what we consider to be anything like normal levels,” he says.

“Looking further ahead we expect to see a lot of activity in the office market in Edinburgh and Glasgow, particularly with occupiers seeking to reduce office space in coming years but also looking for the best quality offices. This is likely to fuel competition amongst both developers to create the best space, and those occupiers seeking to secure it, and that is good news for investors.”

He adds: It may also lead to the re-purposing of surplus office space for alternative uses such as residential, which would attract further investment as our local authorities seek to support a rise in urban living with a determined push to reinvigorate city centres.”

Pinsent Masons is joined in Chambers Band 1 by Brodies, Burness Paull, CMS and Shepherd and Wedderburn LLP while Dentons in Legal 500’s Tier 1, is “well placed to advise clients on national and international real estate deals often written under English law” In addition, the firm has a number of Scotland-based dual-qualified fee earners and the Scottish practice is noted for its experience of the shopping centre, retail, energy, and leisure and hospitality spaces”.

DWF is highlighted for its strength in investment, development and finance work. The scope of its practice, says Legal 500,  covers the retail, distribution, leisure and tourism, education and energy sectors. The team is jointly led by Chris McLeish, who acts for key investor and developer clients, and David Ratter, who acts for blue-chip corporate clients.

Law Society says ‘still progress to be made’ on inclusion