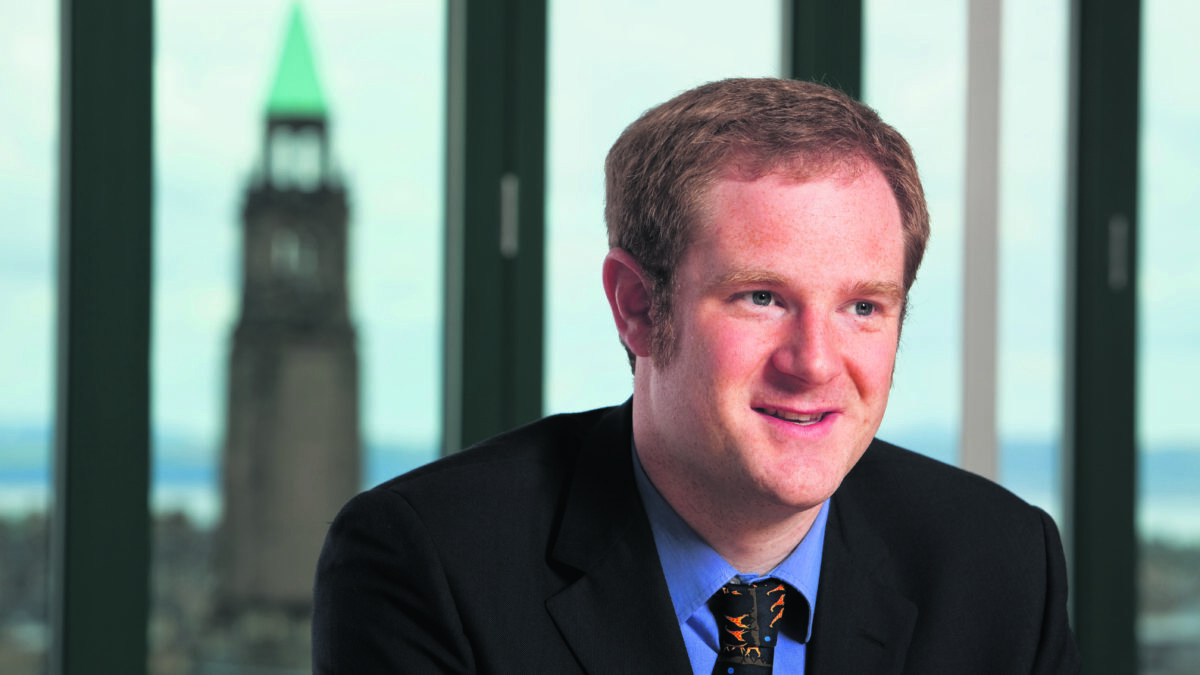 From virtual courts to online meetings, the use of technology by the legal profession has been transformed over the last 18 months, with working practices having to be quickly adapted when Scotland went into lockdown in March 2020.

More widespread use of technology has been identified as one of the big trends of the past year and this looks set to continue as lawyers and clients see the benefits. Remote or hybrid working is likely to remain.

There is evidence that both legal firms and in-house lawyers are turning more to technology. LexisNexis, a global provider of legal and regulatory intelligence to lawyers, carried out a survey of in-house legal teams towards the end of 2020 to produce its ‘The Tech-Enabled Lawyer: The evolution of the legal function’ report.

Mark Smith, director of strategic markets at LexisNexis, says: “Looking forward, we will see a new type of lawyer emerge – the tech-enabled lawyer.

In recent years, the legal function has moved beyond the realms of offering legal advice and support in times of need, and has instead transitioned into a high-functioning, commerciallysavvy asset to the wider organisation.

“In the next phase of the evolution of the legal function, we will see lawyers who fully embrace and utilise
legal technology.”

Turning to what law firms themselves have to say, Andrew Chalmers, managing partner at Davidson
Chalmers Stewart, explains: “I think we’ve all learnt how adaptable and resilient our teams have been over the past 20 months, and technology has certainly played a major part in that. “Remote working has emphasised the importance of good internal communication within our teams and across the wider firm – in many respects, the communication structures that have gone into place since the onset of Covid have been an improvement on what was in place prior to the pandemic.

“Some form of remote working practices will undoubtedly continue, and this is to be welcomed as it opens up more possibilities in terms of inclusion. We are, however, also keen to restore the best aspects of the office environment.”

Allan Wernham, managing director (Scotland) at CMS, agrees that the importance of IT and connectivity has been demonstrated throughout the pandemic. He says his firm was in the fortunate position of having invested heavily in its IT infrastructure before the pandemic which meant it was able to make an easy transition to flexible working across the firm.

He adds: “The seismic shifts we have seen in changing to home working, connecting with people over Zoom and the relentless progress of ‘big tech’ looks like a trend that is here to stay. This can benefit Scotland as these developments in technology make the world more accessible to many businesses here.”

At Brodies law firm, managing partner Nick Scott explains: “There has been a real opportunity to embrace a new way of working, with work being the thing you do, not the place you go. Resetting the way in which we approach work provides tremendous opportunity for keeping colleagues engaged and retaining people throughout their journey through life, as well as recruiting a more diverse workforce.”

The challenges of the pandemic have accelerated change in the legal sector, according to Scott. He believes some of those changes have been positive, such as the use of e-signatures, and the introduction of virtual courts.

As well as being valuable in some circumstances, he says virtual courts have time-saving benefits for lawyers who previously spent long periods of ‘waiting time’ at court.

He says the changes to the way lawyers work and attend court have also given Brodies an opportunity to rethink how it uses its offices. For its new office at Capital Square in Edinburgh that has meant the creation of virtual courtrooms with amplified audio visual to support witnesses and documentation, and a soundproofed broadcast room that will allow it to host events with some of the audience in the room and others attending online.

The firm has also reduced the number of internal meeting rooms initially planned, due to the greater
use of Microsoft Teams, and desk phones have been removed to account for calls now being online or on mobiles.

Murray McCall, managing partner at Anderson Strathern, says: “The pandemic has obviously changed
working patterns for most people and has forced organisations into new ways of working and adoption of new technologies.”

Steve Dalgleish is head of technology at Shepherd and Wedderburn, and was the first non-lawyer to be accredited by the Law Society of Scotland as a legal technology specialist. He is a firm believer in the role technology has to play in increasing productivity, efficiency and service.

He says the benefits of technology can only be realised when driven by a defined, measurable objective, combined with a deep understanding of the process it intends to improve and those people who will action and benefit from it.

“We spend a considerable time breaking down processes, uncovering bottlenecks and re-engineering to ensure that tasks are done by appropriate resource, in an appropriate order and in an appropriate timescale to deliver consistently good outcomes for our clients,” adds Dalgleish.

Another aspect to consider is the increased importance of cybersecurity to law firms and clients. Shepherd and Wedderburn, for example, has a cyber security team providing legal advice on personal data management, including cybersecurity.

What lawyers in Scotland say about technology

Some of the findings for Scotland in the LexisNexis report, ‘The Tech-Enabled Lawyer’:

The five traits of a tech-enabled lawyer

Agile
Rather than trying to plan and predict everything, the TechEnabled Lawyer thrives off
uncertainty.

Collaborative
The tech-enabled lawyer is sick of silos – they want to knock the walls down and keep them
down.

Innovative
To grow as a business, team or individual, the tech-enabled lawyer knows that innovation is
essential to the process.

Resilient
Risk-aversion is a highly regarded trait in a lawyer, but no matter how hard you try, something will eventually go wrong. But a tech-enabled lawyer doesn’t let risk stop them from pushing forward.

Growth-mindset
The tech-enabled lawyer doesn’t log off when their team meets their targets, or when they’ve put out enough fires to keep upper-management happy. Instead, they want the legal team to be known as the changemakers.