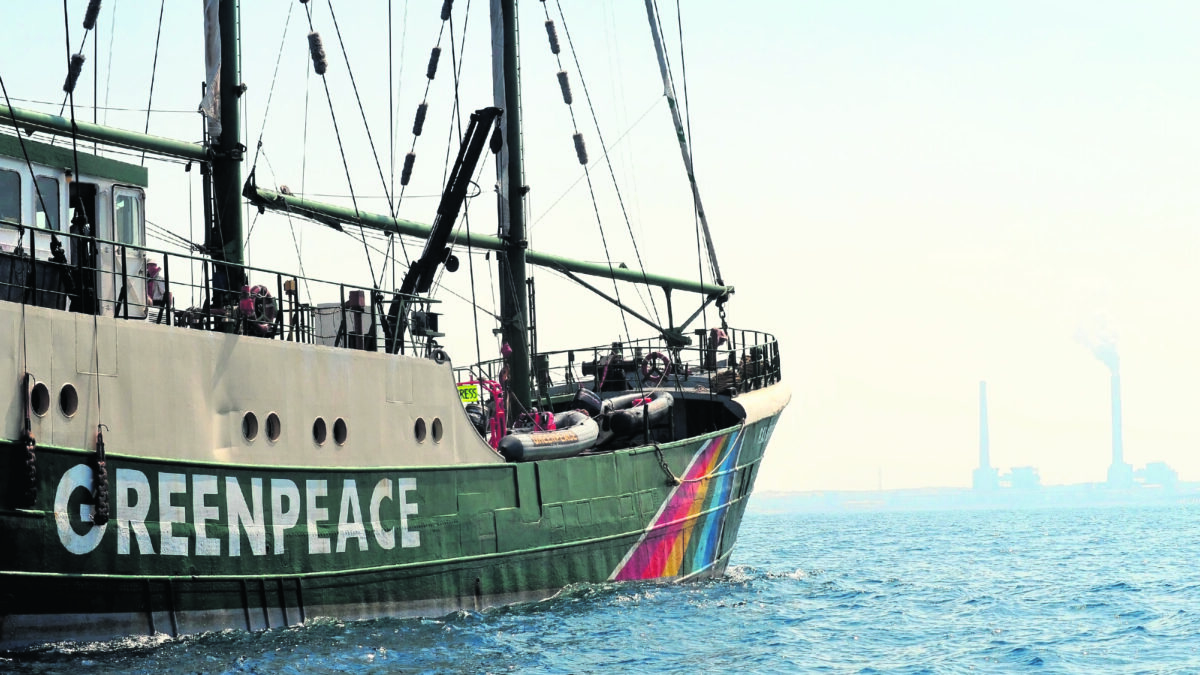 Scotland was the focal point for climate change discussions last year when Cop26 rolled into Glasgow and global business and political leaders congregated in the city. It is now timely to take stock and look ahead to what comes next as parties work together to tackle the climate emergency.

One area being closely examined by lawyers is the prospect of litigation increasingly being used as a tool to combat climate change. According to global law firm Dentons, environmental, social and governance (ESG) issues, especially decarbonisation and net-zero targets, are already high on board agendas. A landmark decision by the Dutch courts last May, in a claim against Royal Dutch Shell (RDS), highlighted the growing risk of climate change litigation.

RDS was ordered to reduce the CO2 emissions of the entire Shell group by 45 per cent by 2030 on 2019 levels. This was the first time a court anywhere in the world had ordered a company to cut its CO2 emissions.

Malcolm Gunnyeon, Aberdeen-based partner in the Disputes, Regulatory and Investigations team at Dentons, says: “An interesting question is whether a similar conclusion is likely to be reached by our courts. The particular rule of Dutch law is not replicated in English or Scots law. However, both English and Scots law impose a general duty of care, in certain situations, to avoid acts or omissions which cause foreseeable harm to others.

“Breach of this duty may entitle a claimant to an order requiring that certain activities cease, or to payment of damages for harm caused. The courts also have the power to order a specified act.

“That could, at least in theory, be the route to an order similar to the one made against RDS. But, on balance, at least for the time being, such a case is unlikely in the UK courts.”

He explains that the trend from the UK judiciary is to not encourage activist challenges, giving the example of a recent Greenpeace case. Gunnyeon says: “In October last year, Greenpeace failed in its challenge to the consent granted to drill at BP’s Vorlich field east of Aberdeen. The decision of the Inner House of the Court of Session was the latest in a rapidly growing series of activist challenges to the approvals or permits for oil and gas, major infrastructure and other carbon-intensive projects.”

NEVERTHELESS, businesses must be alert to the threat of legal challenges. As Douglas Blyth, Glasgow-based partner and joint UK lead of the Disputes, Regulatory and Investigations practice at Dentons, points out: “The intriguing point is that challenges to date, which have mainly been brought by judicial review, have mostly failed, yet they show no signs of slowing. This may be because litigation success is not the only objective when activist groups start judicial review proceedings. Delay, disruption, increased costs and public debate usually follow, even where the challenge is unsuccessful.”

Blyth says: “The 1998 Aarhus Convention preserves the right to challenge public decisions made without respecting environmental law. Importantly, the convention requires that the judicial route to challenge is not prohibitively expensive. Moreover, in the UK, judicial review can be pursued by parties able to demonstrate sufficient interest, which needn’t necessarily require a direct impact. We’re therefore likely to see more judicial reviews in Scotland and the UK generally from groups opposed to developments that are perceived to negatively impact upon the environment. Even if the challenge isn’t successful, it can cause developers a lot of pain and expense.

“The positive thing is that it encourages developers to look at things from a climate perspective and to consider climate impact from the outset. Indeed, a failure to do so may give rise to a separate litigation risk from shareholders as a result of the duty of companies under the Companies Act to report on the main risks and uncertainties, specifically including (for quoted companies) environmental matters.”

Investor activism looks set to increase as investment firms put greater pressure on big companies to be more sustainable. For example, Aviva Investors recently called on executive salaries to be linked to sustainability goals. And Blackrock, the world’s biggest fund, said it wants companies to focus more on the environment.

Elements that businesses should include on a risk matrix, according to Dentons, include perhaps less obvious risks such as power cuts after a storm that could disrupt the supply chain if the company relies on electric vehicles. Gunnyeon adds: “A transportation impact of loss of electricity is not necessarily a risk that would immediately occur to businesses today, but as we move through the energy transition and electric vehicles become more common, it becomes a real risk to business-as-usual operations.

“This could result in litigation if you fail to fulfil a contract for the delivery of a product because it could be argued that power cuts are foreseeable, so a contingency should have been put in place. Contracts and commercial litigation in relation to them are increasingly going to have a climate change perspective included.”

Dentons warns that another increasing risk facing businesses across many sectors is ‘greenwashing’ – misleading customers through misstatement of the environmental benefits of products or services. Blyth says: “Allegations of greenwashing have exploded in the last couple of years as manufacturers and advertisers respond to growing consumer interest in environmental factors. ‘Eco-friendly’ and similar claims are now increasingly being scrutinised by consumers, activists and regulators.”

THE HIGHEST PROFILE litigation in this area was the ‘Dieselgate’ emissions case brought by consumers in actions in the UK, US, Germany and Australia against Volkswagen. In Scotland, permission was granted for litigation involving around 5,000 Volkswagen owners to proceed under the new group proceedings rules.

In the UK, tackling greenwashing is a priority for the Competition & Markets Authority (CMA) and the Advertising Standards Authority (ASA). The CMA published its Green Claims Code in September 2021, giving businesses guidance on compliance with consumer protection law when making environmental claims. Enforcement action by the CMA for breaches of consumer protection law is expected this year.

Gunnyeon concludes: “The increasing risk of climate change litigation is a rapidly evolving threat for business and lawyers to grapple with. The extreme nature of the threat of climate change is a disruptive force that requires us all to innovate at pace. It poses a unique challenge to regulators, as well as our courts, as activists increasingly turn to them for solutions. We are expecting an increasing number of challenges and it will be fascinating to see how our legal system responds.”