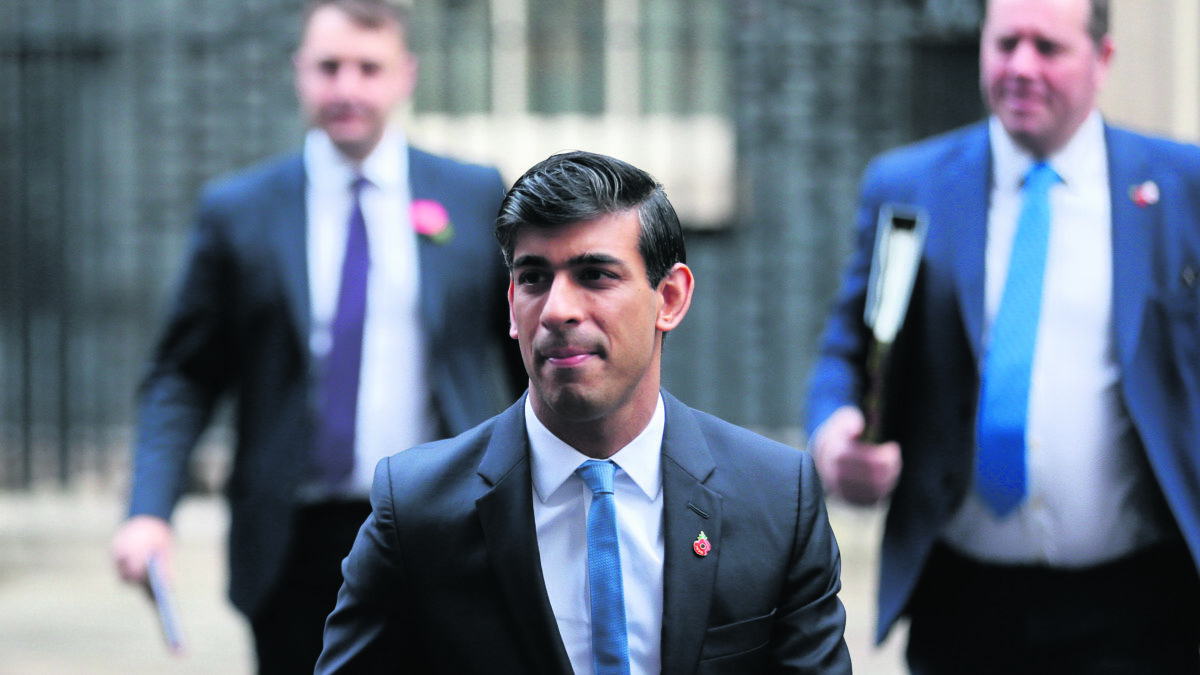 The financial services sector’s commitment to helping the UK to achieve its net-zero targets did not begin with Cop26. It is easy to point to several pronouncements, reports and press releases in early 2020 which demonstrate the sector’s awareness of both the importance and the opportunities involved in climate change mitigation, well ahead of the conference.

However, there is no doubt that Cop26 provided a tremendous focusing moment for the sector and it prompted some high-profile commitments from key players. On top of this, the Chancellor, Rishi Sunak made it clear in his speech at the summit that he intends to make the UK the world’s first net-zero aligned financial sector.

The importance of the enthusiastic involvement of the financial services sector in the fight against climate change was highlighted by former governor of the Bank of England Mark Carney recently in the November report from the Glasgow Finance Alliance for Net Zero (GFANZ), an alliance of 450 major financial institutions from 45 countries.

Carney, a co-chair of GFANZ as well as the UN Special Envoy for Climate Action and Finance and the UK Prime Minister’s Finance Advisor for Cop26, pointed out that the world cannot expect to shrink the global economy to meet the goal of limiting global warming to just 1.5C.

“We need to invest and grow to have an orderly transition to sustainability. The [global] investment requirements are enormous: between $100 trillion and $150 trillion over the next three decades,” he said.

He emphasised that the task of halving global greenhouse gas emissions by 2030 means that these emissions must fall by at least 7 per cent every year until 2030. That will require the financial services sector to invest in green technologies on a massive scale, he warned.

In its summary analysis of the outcomes of Cop26, The Royal Bank of Scotland noted that more than 30 financial institutions, with more than US$8.7 trillion in assets under management, signed up to help to halt and reverse deforestation. The institutions committed to tackling agricultural commodity-driven deforestation in their portfolios by 2025, with specific reference to crops such as palm oil, soya, cocoa and pulp and paper, which have all led to vast swathes of deforestation around the world.

ANOTHER AREA where the UK financial services sector is joining with sectors in other countries is in a commitment to help to fund clean and affordable technologies in areas such as power generation, road transport, steel, hydrogen production and agriculture.

James Close, Head of Climate Change at NatWest Group, said: “If we judge the success of Cop on whether we have more momentum coming out of it than going in, it’s passed the test, particularly with the engagement of the private sector and the mobilisation of finance through the Glasgow Financial Alliance for Net Zero (GFANZ).”

Less than a month before Cop26 began NatWest pledged to make £100 billion of climate and sustainable funding and finance available to help the transition to net zero.

The pledge came as NatWest released a report that said that if SMEs were provided with project funding and loan finance to enable green projects, they could create up to 130,000 new jobs. The move would create approximately 30,000 new businesses and would create a £160 billion opportunity for the UK economy.

The report also argued that the UK’s six million SMEs could, by themselves, achieve 50 per cent of the UK’s netzero decarbonisation goals, given the right support, funding, knowledge and training.

Commenting on the role SMEs could play, if properly motivated, Alison Rose, CEO, NatWest Group said: “I’m firmly of the view that we should never underestimate the power of the small – and in this instance SMEs – for leveraging big advances. What this report tells us, in clear numbers, is that all sectors of the economy will need to play their part in helping the UK achieve its climate ambitions. We must look at this not just as an imperative, but as an opportunity for businesses.”

IT IS BECOMING increasingly clear that investment and pensions firms are also getting on board with the idea of leveraging their investing power to drive decarbonisation.

Stephen Bird, CEO of abrdn, pointed out that his company recently launched a series of climate change funds, giving investors the chance to generate returns from innovative firms involved in the push to net zero.

But Bird emphasised the need for joint, collective action from governments on issues such as reasonable carbon pricing to help drive change.

“We must be very clear: simply moving our clients’ money out of high-carbon intensity stocks into greener options will not solve the world’s crisis. Decarbonising a portfolio is not the same as decarbonising an industry. To achieve that we need effective engagement with companies because more seismic change will come from backing credible transition firms on their path from high to low carbon intensity,” he said.

He issued a call for bolder action by governments to provide effective incentives in the form of appropriate carbon pricing. “These are absolutely critical to enable capital allocation in line with net zero and to create an investment environment which rewards companies and investors that go green.

“We also need a proper debate and action on the role of the tax system in the transition. Pricing carbon needs to be focused on changing behaviours, and ensuring a just transition, on a national and global scale,” he argued.