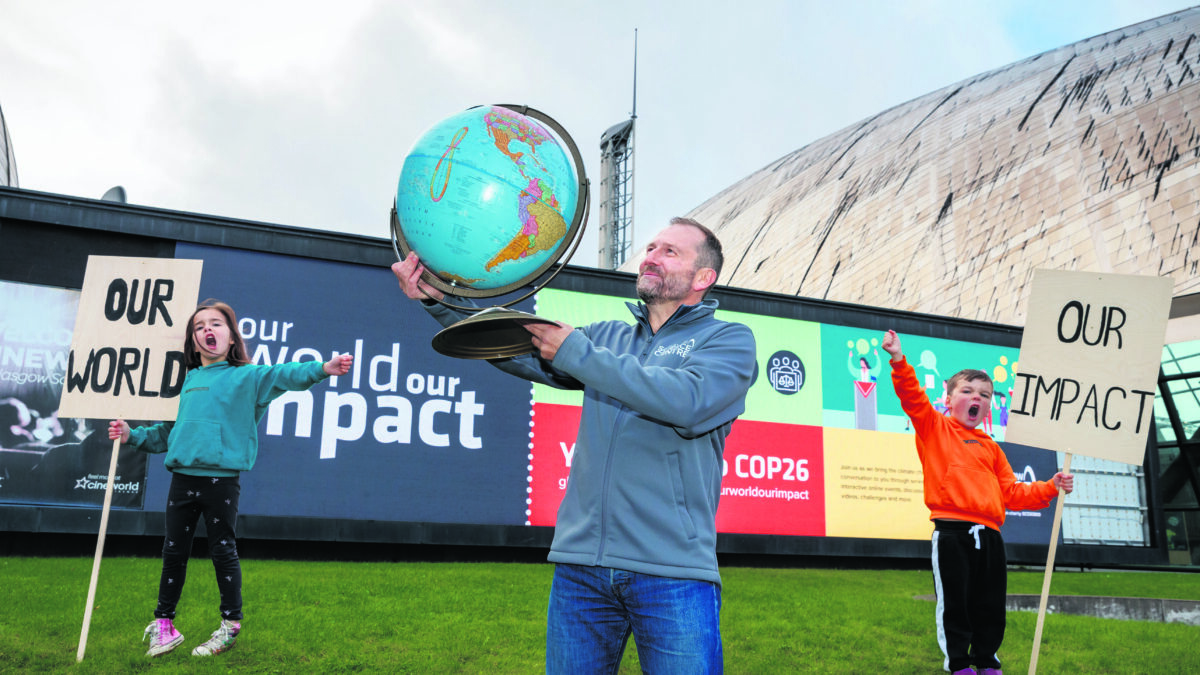 Directly opposite Cop26’s Blue Zone at the SEC, which was only accessible to conference delegates, the Glasgow Science Centre’s Green Zone was the twin host venue for the event – and open to the public. “We had long hoped to create a relevance for the people of Glasgow and Scotland about climate-related issues and help them answer the question: ‘why should we care?’ And Cop26 was the ideal platform to demonstrate exactly why we should,” said Dr Stephen Breslin, chief executive of Glasgow Science Centre (GSC).

“We’re now using the momentum and the awareness the conference created to engage as many people as we possibly can in the campaign against climate change,” he added.

As a realist, he concedes that his expectations for the formal outcomes of the long-anticipated global event were initially “pretty low”.

The agreement aimed for was after all a highly complicated one. “I saw major imbalances of power and wealth, with some of the world’s regions that are worst affected by climate change the same ones that have contributed least to the problem – and with the least power to affect positive change.”

His optimism grew, however. “The first week was dominated by the news and publicity surrounding the global delegates in the Blue Zone,” he said. “During the second week though, we saw many more people coming to GSC from all sorts of different backgrounds – but all of them absolutely committed to doing what they could to create positive change.

Particularly memorable, he recalled, was a group of grandparents who had walked from Edinburgh to take part in activities at GSC’s Green Zone. “They clearly cared deeply about the future for their grandchildren and wanted to do whatever they could to ensure it was a positive one.”

Another revelation was a trip into the city centre as thousands took to the streets of Glasgow to march on the Cop26 ‘Youth Day’. “It wasn’t what I expected to see, which was people who were determined to be part of a protest,” he said.

“There was another group there: families with children, who looked uncomfortable in that environment but who had come because they thought they had no choice but to make a stand. In contrast to the mood of the first week, with high-profile people going to events across the city, there was no party atmosphere here.

“Rather, these were people anxious about their futures and the future of the planet. They were ready to take action and step outside their comfort zone because they had reached a point where they could no longer sit back and do nothing.”

Over 12 days in November the GSC saw 3,000 people each day attend 16 activities at the centre. In the build-up to Cop26, said Dr Breslin, the centre had been working to engage the public with the big, scientific issues around climate change.

“But it is important they we also help them understand what their own responsibility is, to find a voice to articulate their concerns and ensure that collective voice is deafening, so that the politicians – who ultimately drive the systemic change that’s required – can no longer ignore it,” he said.

“Science tells us that it’s not too late to act – but we must act now, stressing both the urgency of the situation and expressing optimism in the fact that we can change. That will generate the positive action we need.”

Making sustainable choices through your investments

The key to regeneration is to think globally and act locally