Home > Sustainability > Whisky industry getting into the spirit of sustainabiity 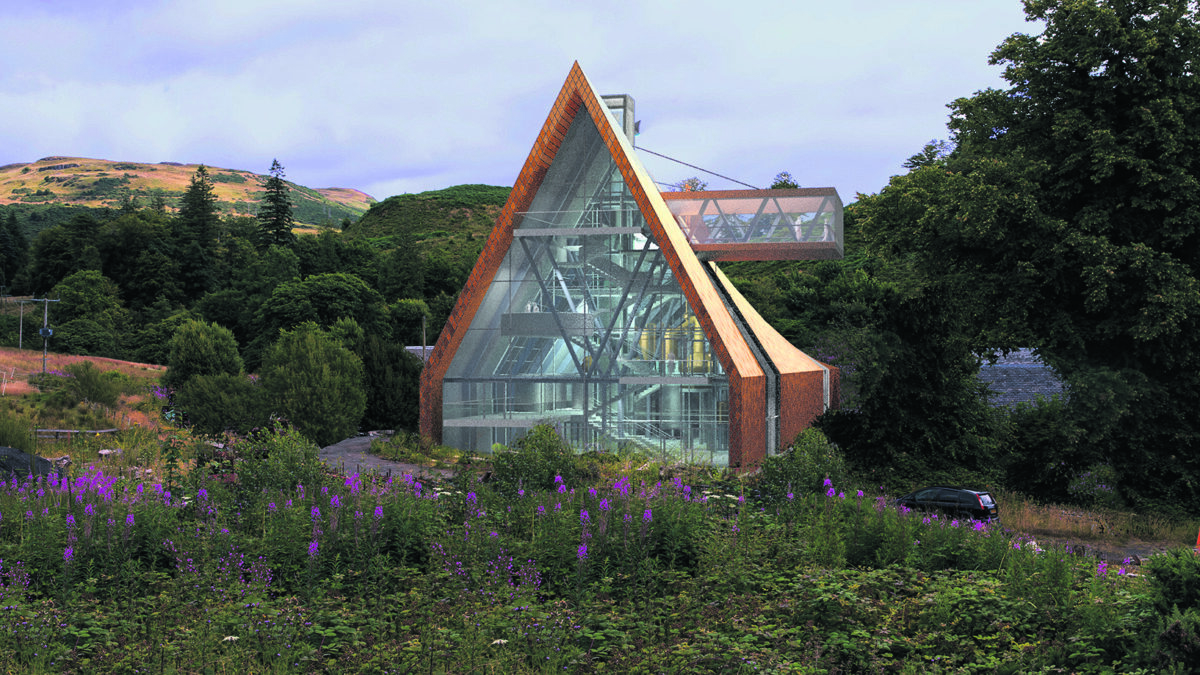 An artist’s impression of Ardgowan’s proposed distillery at Inverkip, which would have all the latest innovations in energy reduction, heat recovery and carbon capture
Sustainability

Going green is nothing new in Scotland’s spirits industry. Scotch whisky’s Sustainability Strategy was first launched in 2009 and there has been good progress towards its goals.

When the Scotch Whisky Association (SWA) relaunched the strategy a year ago, it revealed that by 2020, the sector had cut greenhouse gas emissions by 53 per cent since 2008 and that 39 per cent of energy used was obtained from non-fossil fuel sources, compared to 3 per cent in 2008. This is important for an industry where creating heat is a key component of the distilling process.

In the run-up to Cop26, the SWA become Scotland’s first trade association to be recognised as a Race to Zero partner.

As well as cutting greenhouse gas emissions, the industry has pledged to use water responsibly, to ensure by 2025 that all new packaging will be reusable, recyclable or compostable, and to play an active role in the wider conservation and restoration of Scotland’s peatland.

The direct impact of Cop26 will take time to work through but the conference highlighted the progress which has already been made.

From a slew of announcements we learned, for instance, that Glenfiddich in Dufftown has been converting its trucks to run on biogas made from the residues – draff and pot ale – of its distilling process.

Meanwhile, Bunnahabhain Distillery on Islay has invested £6.5 million in a biomass energy centre which, when operational in the spring, is set to save more than 3,500 tonnes of CO2 per year. It will run entirely off draff and wood chippings from low-value timber felled on the island and the rich ash will be used as natural fertiliser for the replanted forest, creating a circular model for sustainability.

Building a distillery from scratch offers unparalleled opportunities to incorporate the green lessons already learned. Among the proposals currently in the planning processes are those for Ardgowan’s distillery at Inverkip which will have all the latest innovations in energy reduction, heat recovery and carbon capture.

It is designed to provide an ergonomic energy-efficient distillery and landmark visitor attraction. Principal investor, Roland Grain, hopes “it will stand out as a ‘cathedral to whisky’ and put this corner of Inverclyde firmly on the tourist map”.

Ardgowan is following in the footsteps of other new distilleries that have taken the opportunity to build-in sustainability from the outset. Debutants such as GlenWyvis, Ardnamurchan and Nc’nean Distillery are enjoying the benefits of starting from scratch.

Meanwhile the winner of the Excellence in Sustainability title at the 2021 Scottish Gin Awards, Muckle Brig Beverages, is watching its ‘vertical’ Port of Leith whisky distillery take shape next to the Royal Yacht Britannia.

It is not only the new entrants that have been creating green distilleries. In 2018, when the Macallan opened a stunning replacement distillery, 400 metres from its previous one at Craigellachie, sustainability informed its design and build.

There is intelligent heat recovery, tight water management systems and responsible sourcing policies. Even the rolling green roof provides a sustainable food and nesting environment for birds and insects.