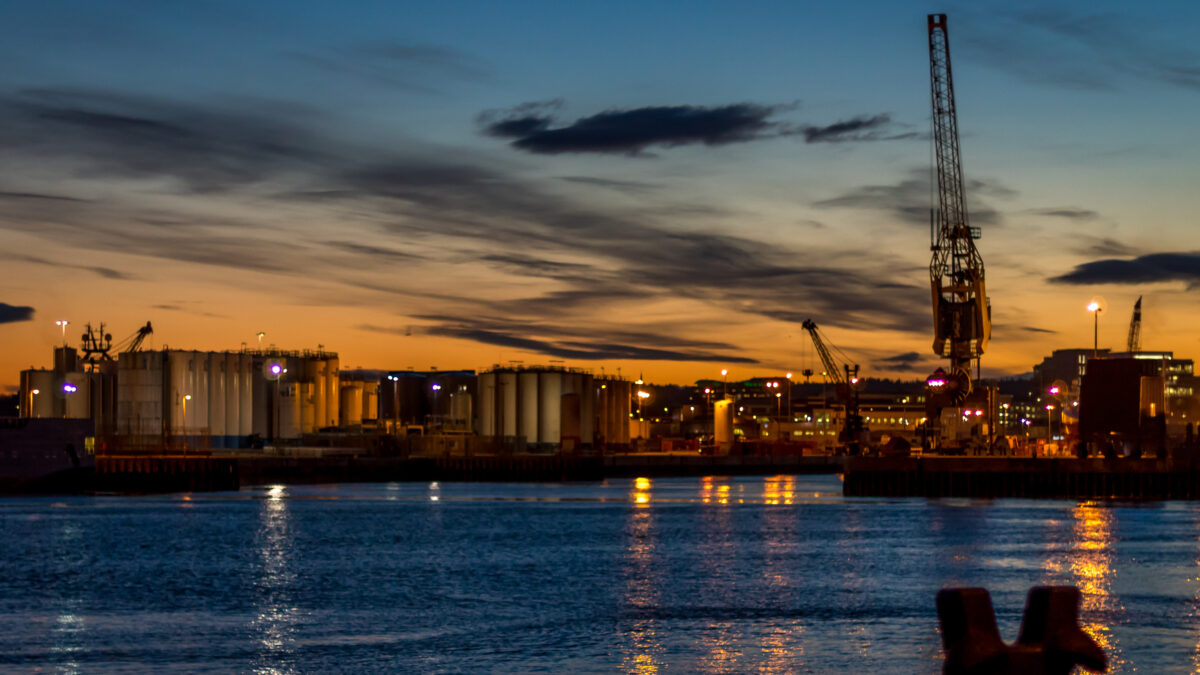 If it ain’t broke don’t fix it – but definitely adapt it. That appears to be the maxim in Aberdeen, which has been a major trading port since 1131 and famously, since the 1970s, the energy capital of Europe. The city has turned the page and is now embarking on the next chapter of its changing history: ensuring that it retains that status while tackling the global climate emergency and transitioning to a net-zero economy.

It is, says Bob Sanguinetti, chief executive officer of the recently re-titled Port of Aberdeen, perfectly positioned to be Europe’s energy transition capital, drawing together energy industry expertise along with Aberdeenshire’s robust and extensive supply chain and translating that into the renewables sector, including offshore wind and hydrogen plus carbon capture and storage (CCS) in a bid to reinforce the city’s role as a leading energy hub for the next half century.

Martin Ewan, partner at Aberdeen-based law firm Brodies, has seen the city negotiate several boom-and-bust cycles, which is typical of the cyclical nature of the oil and gas industry. The industry has come under increasing scrutiny, especially after Scotland hosted Cop26 last year, while other more recent world events have radically changed the supply and demand dynamic in the energy sector.

“The companies I advise are increasingly start-ups in the renewables and technology fields,” says Ewan. This area, he says, includes innovative ways of constructing offshore wind farms – an expanding area that was given a significant boost by the success of the ScotWind licensing round earlier this year which will mean 25 gigawatts (GW) of power generated offshore. Some 70 per cent of the licences are within 100 miles of Aberdeen.

“If the city can successfully pivot itself to being the global hub of expertise in areas such as this it will bring huge opportunities because increasingly that’s very much the direction of travel and from where I sit the situation is looking very upbeat.”

In addition, there are exciting emerging technologies that include green and blue hydrogen, carbon capture and storage (and the manufacture of graphite) and the creation of ammonia as a fuel source. “The kind of technology we are developing in Scotland has massive and global potential,” says Ewan.

Graham Alexander, chartered accountancy firm Johnston Carmichael’s head of corporate finance based in Aberdeen, agrees there has been a change of focus in the city given the new sense of urgency surrounding energy security and last month’s announcement by the UK Government of plans to boost North Sea oil and gas production in the “near term” as part of its energy strategy.

“That, I think, will encourage people to both develop new fields and take more out existing ones,” he says. “That then spins into the supply chain in terms of more work and maintenance, more rework, more maintenance model, and while there has been a change in the industry since the turn of the year there were already cautious signs of optimism which have been accelerated.”

Alexander doesn’t believe that the objectives of the existing sector and the green energy strategy are mutually exclusive. “You can still pursue an energy transition agenda while delivering energy security. Part of energy transition is dealing with the legacy of what’s out there already and the supply chain is well tuned into that in terms of decommissioning and plugging what is there in an ethical and environmentally friendly way. There’s an awful lot of investment going into that.”

Amanda McCulloch, chief executive of TMM recruitment in the city, who also sits on the board of Aberdeen Inspired, the city’s multi-award winning Business Improvement District, points to a review on the future shape of the energy workforce in the North-East of Scotland published by Robert Gordon University last month that said if the region attracts £17bn in renewables investment and activities over the next eight years it will be established as a global energy hub, securing thousands of new jobs.

“To achieve that there’s also a core need for upskilling, training and developing transferable skills,” she says. “All of that needs to align, and government, business and the community need to work together to make this happen.

“As a recruitment business we’re seeing increased opportunities in renewable energy, but there’s also a continuation of oil and gas opportunities which is something that will continue for some time in the future.”

There is, McCulloch believes, a real chance to capitalise on an exciting time for the region. “And that extends beyond the energy industry to technology and finance, the law and human resources. Another big uptick in activity has been in corporate communications and marketing as companies look at how to position themselves both internally and externally as social media becomes an increasingly important way of telling your story and attracting individuals to come to your organisation.”

Meanwhile, the city’s commercial real estate sector saw a positive start to the year, according to research published last month by commercial property consultancy Knight Frank. Office take-up in Aberdeen in the first three months of this year reached almost the total figure for 2021. The firm acted on deals representing more than half of the take-up figure for the quarter. This was buoyed by Shell’s 100,000 sq ft letting at the Silver Fin Building, which concluded in January. The North Sea Transition Authority – formerly the Oil and Gas Authority – took around 18,000 sq ft at 1 Marischal Square during the first quarter, while energy services company Ponticelli secured 17,900 sq ft at Abercrombie Court in Westhill.

Matt Park, partner at Knight Frank Aberdeen, said: “Notwithstanding the uncertain wider economic picture, it has been a positive start to 2022 for the Aberdeen office market. At the beginning of the year, we expected to exceed 200,000 sq ft of take-up by the end of June, but we are very close to reaching that figure in just three months.

“The ongoing conflict in Ukraine, inflation being at its highest in 30 years, and rising interest rates will no doubt influence how the rest of the year progresses, but there are still grounds for optimism: more occupiers in Aberdeen are looking for space and, broadly speaking, their requirements seem to be larger.

“There is also a good level of activity for smaller requirements. These businesses are generally looking for flexible space and landlords that will work with them to provide space that matches their requirements.

“All things being equal, we expect more companies to assess their options in the remainder of 2022, with a significant amount of stock available to them in the city.”