Home > Business & Economy > A massive showcase: What the summit means for industry 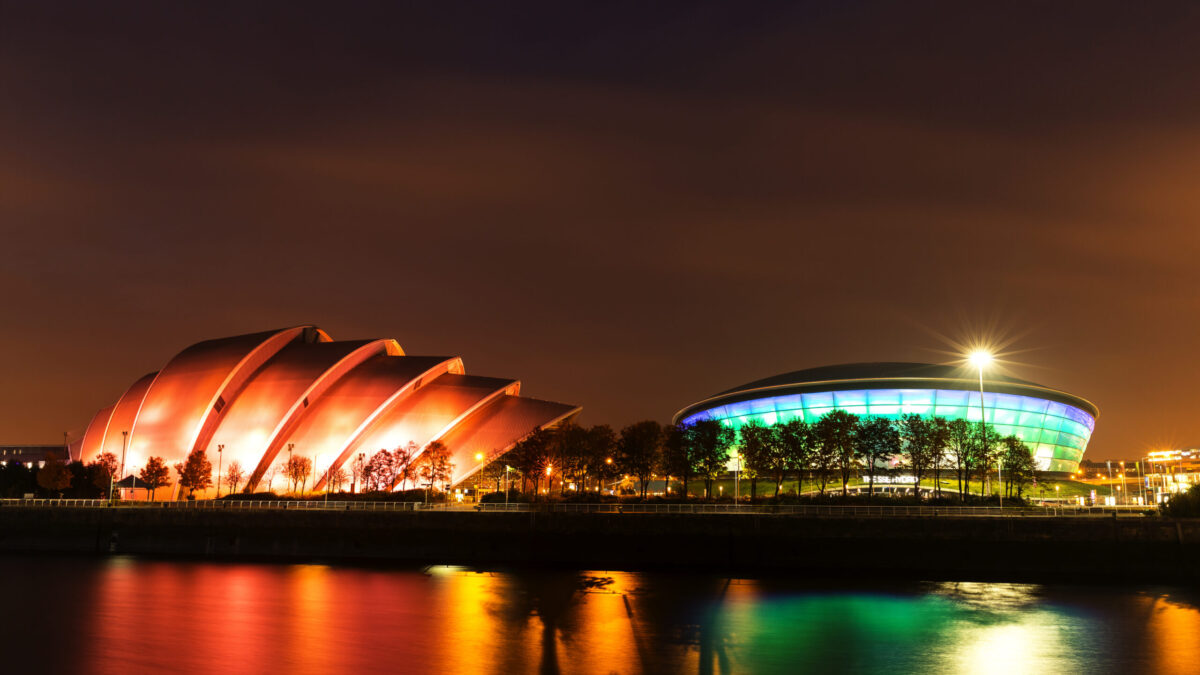 The forthcoming arrival of Cop26 will be significant for industries and organisations across Scotland. Here we share a snapshot of views from different sectors

The Industrial Biotechnology Innovation Centre (IBioIC) was established in 2014 to stimulate growth of the sector in Scotland.

It facilitates collaborations, provides scale-up capabilities, creates networks and develops skills. It says the industrial biotechnology (IB) sector makes an important contribution to the Scottish economy, while reducing environmental impact. It adds that the growth of IB will help Scotland transition from being an economy largely based on fossil fuels to a more modern, cleaner model, fit for the future.

The IBioIC will be involved with the UK showcase at Cop26, led by the Industrial Biotechnology Leadership Forum, and will be hosting a range of fringe events leading up to and during the conference.

Mark Bustard, CEO of the IBioIC, says: “Cop26 is going to be a momentous occasion. The summit will be an incredible opportunity for Scotland and the UK to clearly demonstrate the ambition we have to fight climate change and the advances we are making towards delivering net zero.

“We are looking forward to showcasing much of the great work already being done, and the activities that continue to support achieving net zero ambitions and developing a new biobased economy.”

He would like to see Cop26 reinforce the message that there is a need for stronger investment in growing a bioeconomy to help address net-zero activity and wean industry off its reliance on petrochemicals – a must have if the goals of The Paris Agreement are to be met.

Bustard says Cop26 should be a catalyst to helping Scotland meet its ambitious net zero targets, but talk must be translated into action. “We would like to see more urgency and delivery – there needs to be traction and ultimately decisions made. Cop26 could be the flick of the switch from moving discussion and policy into real-world application and implementation,” he says.

CSIC says that with the built environment being responsible for 47% of UK carbon emissions, the sector has a major role to play in reducing the impact of climate change. Its job is in helping industry do that.

It sees Cop26 as a key platform to mobilise a global community to create innovative solutions that accelerate the transition to a net-zero built environment.

As well as its own activity, CSIC has joined forces with other built environment partners to showcase sustainable best practice at Cop26 through demonstrating smart and sustainable homes and structures, new materials, technology and novel methods of upskilling and reskilling the workforce.

We can use this as an opportunity to focus our own action and engage with our people, communities and businesses to play a collective part to protect the beautiful environment that Scotland calls home

Douglas Morrison, director of operations and skills at Construction Scotland Innovation Centre (CSIC) of CSIC says: “In November, Glasgow is literally taking centre stage. There are two ways that Scotland can benefit from this. Firstly, we can use this as an opportunity to focus our own action and engage with our people, communities and businesses to play a collective part to protect the beautiful environment that Scotland calls home. We have a long way to go, and everyone in Scotland needs to take action.

“Secondly, Cop26 will be an opportunity to showcase Scotland’s skills and expertise, and what is already being done in the race to net zero greenhouse gas emissions. We have an abundance of local resources, such as timber, a world-leading academic community of experts leading innovation and R&D in sustainability, and great education and training providers. This is a chance to put Scotland on the map and turn that into environmental, economic and social opportunities.”

HFD Property Group is developing 177 Bothwell Street in Glasgow, which will be the city’s biggest single office building. It will also be one of Scotland’s most sustainable and energy efficient office developments.

The development in Glasgow city centre will be fully electric with zero carbon emissions. The building will be powered by 100% renewable energy, receiving 2.52 GWh of certified wind energy from Blantyre Muir Wind Farm in South Lanarkshire, located just 15 miles away.

It will receive the energy through an innovative corporate power purchase agreement (PPA), thought to be the only deal of its kind between a property company and energy provider in Scotland. Its origin will be guaranteed through the Renewable Energy Guarantee of Origin (REGO) scheme.

HFD and many of its occupiers at 177 are attending Cop26, including BNP Paribas and CBRE. HFD is also involved with various side exhibitions and events around the built environment with organisations such as the British Council of Offices.

Stephen Lewis, managing director of HFD Property Group, says: “Cop26 being hosted in Glasgow is significant for both the city and Scotland as a whole and will put both on the map, not just for the duration of the Conference itself but before and after.

“It provides an opportunity to highlight the innovative work being undertaken in Glasgow and Scotland on innovative sustainability technologies and initiatives, such as green fuel for the aviation industry and the burgeoning renewables sector.

Lewis adds that like Paris before it, he would like to see a ‘Glasgow Agreement’ set ambitious targets for carbon reduction and limiting temperature increases to 1.5C, with a real commitment from member states to delivering projects and policies that make this
happen.

“We’ve known for some time that Cop26 has been coming to Glasgow, it has focused businesses of all sizes on where they are on their own paths to net zero, whether that is completion of a net zero carbon strategy or the implementation of the resultant action plans,” says Lewis.

“At the very least, it has highlighted its importance to all businesses; but, encouragingly, many companies are already fully cognisant of the importance of sustainability and are focused on it.”

Industry getting into the spirit of sustainability

Industry faces up to Covid and Brexit challenges