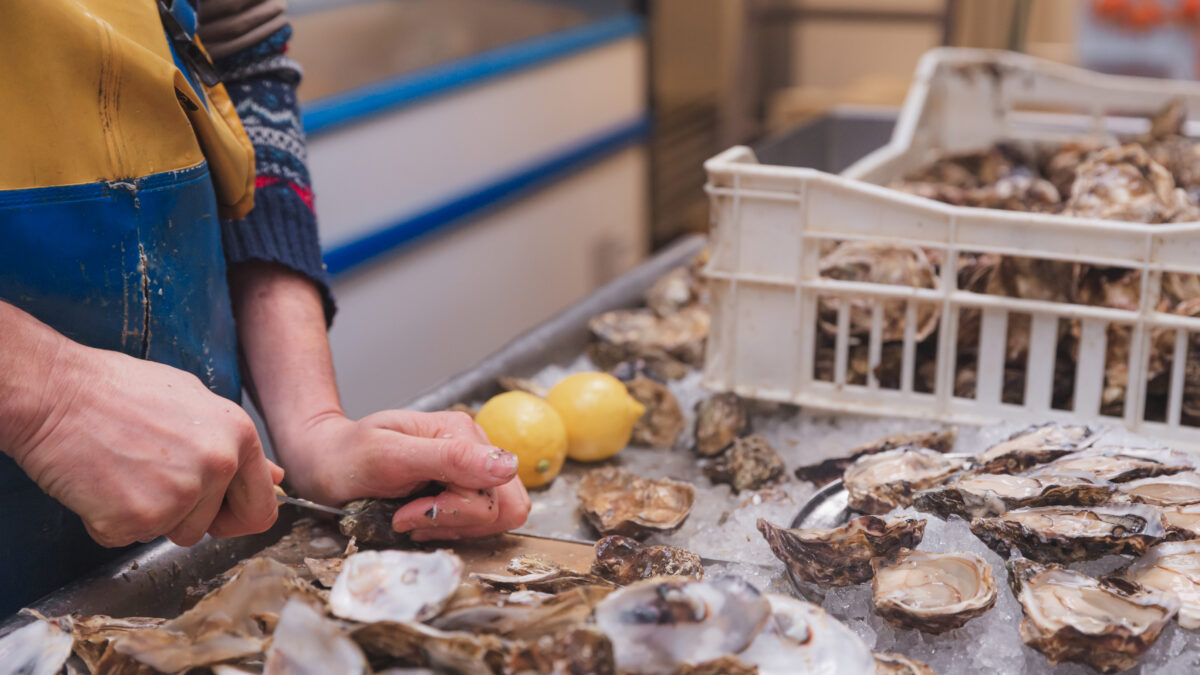 Scotland is ‘punching above its weight’ in food and drink exports

Scotland has gone from being known for deep-fried Mars Bars and Irn-Bru to a nation renowned for its high-quality food and drink, including Scotch whisky and salmon, which are sold across the globe.

A report published last month by the Food and Drink Federation (FDF) revealed that Scotland leads the way in the UK when it comes to food and drink exports. It also showed that Scotland, alongside Wales and the north-east of England, has had the strongest recovery in response to the supply chain problems caused by Covid-19 and the new UK-EU

trading relationship. The report said this was an important sign that the food and drink industry can play a vital role in Scotland’s recovery and sustainable growth.

Last year, Scotland accounted for the largest share of UK food and drink exports at almost 30 per cent of total exports. Scottish food and drink shipments reached £5.7 billion, up nearly 15 per cent since 2020.

The report further detailed that Scotland’s recovery had largely been driven by a strong growth in exports of beverages and seafood products, together accounting for £5.2 billion of total Scottish exports. It revealed that France is now Scotland’s largest export partner, worth more than £1 billion, and exports to China nearly doubled in 2021 to just under £225 million.

David Thomson, chief executive of Food and Drink Federation Scotland, has described Scotland as “punching above its weight” on exports.

He says: “Scotland’s food and drink exports have seen a strong recovery largely driven by a return to growth in exports of beverages and seafood products, with both up by 16 per cent. Covid restrictions starting to ease last year supported this.

“Food and drink businesses also focused on looking for other export opportunities, this can be seen in the share of exports to non-EU markets increasing.

“The support food and drink businesses had from the Scottish Government throughout the pandemic will have also supported recovery with businesses making use of the Covid economic recovery fund.”

While Scotland is seen by some as being overly reliant on whisky and salmon, Thomson believes that others can learn from their achievements. He says: “The success of whisky and seafood is a fantastic example that other parts of the industry can build on. They are great ambassadors for Scotland overseas.

“Some areas are thriving including iconic Scottish brands such as Tunnock’s and Nairns who are enjoying strong export sales – with growing export sales a key part of their long-term growth strategies.

“The turmoil of the last few years has meant that many companies have had to rethink their approach. We know that exporters are stronger and more productive businesses. With a sector made up of lots of small firms, we need to build confidence, create opportunities,

and support them to develop their capacity and ability to deliver, especially to EU customers.”

Looking ahead, Thomson says parts of the UK-EU trade agreement must be fixed. He points to categories such as meat and dairy that have suffered from the additional paperwork and inspections required for meat and plant products. He says: “In some cases it is not just difficult but impossible to supply products that once flowed freely – including in Scotland’s critical seed potato sector.

“For the rest of the world we must see the prioritisation of food and drink in future UK trade deals.”

According to John Davidson, deputy chief executive and strategy director at Scotland Food & Drink, the past couple of years have been exceptionally challenging for food and drink businesses because of the pandemic and Brexit. He explains: “We’re undoubtedly still seeing the impacts of these events, as businesses face up to the supply chain problems and acute labour shortages caused by Covid while adapting to the new UK-EU trading relationship. Those challenges are now being compounded by current global economic threats caused by the cost-of-living crisis, rising inflation and the ongoing conflict in Ukraine.

“However, Scotland retains an unquestionably world class reputation for food and drink production which continues to reap the rewards in export markets.”

Davidson adds: “Closer to home, our industry will continue to benefit from a more discerning consumer, increasingly conscious of where their food and drink products come from and how they are produced. As the industry faces up to its responsibilities in tackling the climate crisis, we should be harnessing the increased focus on provenance and sustainability as an opportunity for growth.”