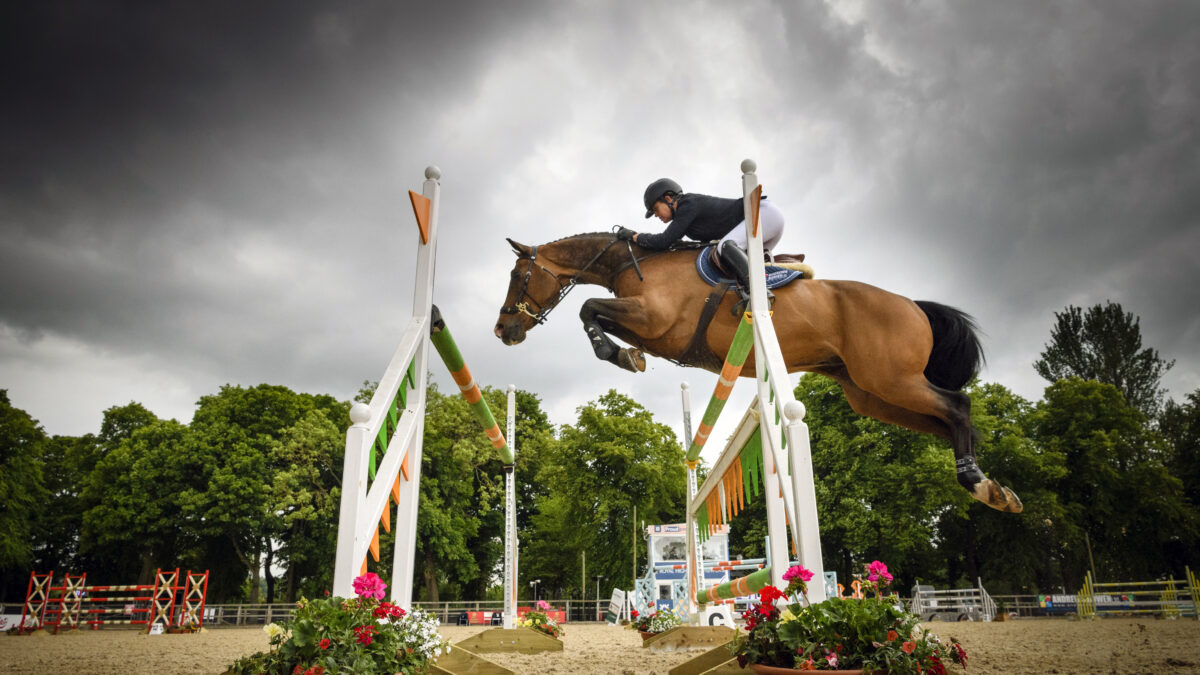 After an absence of two years the Royal Highland Show is back, and marks its 200th anniversary with a host of new features

This is a landmark year for the Royal Highland Show (RHS), which attracts visitors from across the globe, as it marks its 200th anniversary.

The event at the Royal Highland Centre at Ingliston from June 23 to 26, is described as “showcasing the best of food, farming and rural life”, and is sure to attract a diverse crowd, from farmers to families. This year’s show is being billed as a ‘game changer’ – not least because organisers have secured £200,000 funding from the Scottish Government to help livestream the event from Edinburgh across the globe.

The show, supported by the Royal Bank of Scotland, has been transformed since its first incarnation in 1822 and now appeals to an international audience. And as the country emerges from the pandemic, this year’s RHS features new attractions to draw the crowds, alongside old favourites. It will have a big wheel billed the ‘Ingliston Eye’ on which people will get a bird’s eye view of all the action. Other elements include: a redesigned Scotland’s Larder, the popular food and drink hall; a new Champions’ Corner featuring the winners of the 2021 Scottish Produce Championships; two new sheep classes; a kids’ zone in the Countryside Area with outdoor play equipment and John Deere mini tractors; the Big Top for evening concerts and the launch of a special edition RHS gin.

Bill Gray, chairman of the Royal Highland and Agricultural Society of Scotland (RHASS), the charity which organises the Royal Highland Show, says anticipation is mounting for what is hoped will be “real barnstormer” of an event. He explains: “It’s a fantastic opportunity for us to celebrate a double zero birthday. They don’t come along very often.”

To let the public know that the show will be back to its full glory this year after Covid-enforced cancellations, RHS Illuminated was held over eight days in March. The installation toured the eight regions in Scotland in which the show was originally held, lighting up landmarks with projections in each locality for one evening. Gray says: “That was a great celebration of the history and the heritage of the show itself.”

He explains that changes have been made to the RHS to offer an even better visitor experience this year. The redesign of Scotland’s Larder, for example, is intended to provide more space and more sitting areas to allow people to move around more easily and give stand holders the opportunity to better engage with visitors. This year will also be the first time that members will be able to enjoy the new Members’ Pavilion which was planned to be unveiled at the 2020 show before the pandemic hit and Scotland went into lockdown.

While this year’s RHS is expected to be busy, attendance has been restricted to 50,000 a day to

ensure people don’t feel uncomfortable with large crowds. “Our visitor enjoyment and experience is key for us. And it’s of paramount importance to us to deliver a safe show,” explains Gray.

He adds: “In terms of our exhibitors we’ve had fantastic support, particularly from the agri trade who have been right at the forefront of wanting to be back. That’s really important to us because at our core is agriculture. We were a bit unsure whether, after a two-year hiatus, the main machinery and agri trade people would be keen to come back. But they’ve excelled themselves and we’re absolutely delighted with the support they’ve given us with coming back.”

While a lot of visitors come from across the UK and Ireland, Gray says that people will also travel from as far as Australia and South Africa for the RHS. Also on offer this year is a new VIP visitor experience to ensure it is a special day. He adds that the livestreaming of last year’s Royal Highland Showcase event provided insight into what the show means across the world – it was watched by more than 300,000 people in almost 100 countries. “It was just an amazing set of figures,” he says. “We’re integrating some livestreaming into this year’s show. Those that were able to enjoy it from abroad last year will be able to do the same again. It’s a vitally important event from an international business point of view and that is something we can build on.”

Free-to-view RHS TV will broadcast a mix of live and pre-recorded programmes throughout the four days, featuring a balance of livestock judging, equestrian classes, culture, interviews, food and drink and the grand parade. Presenting RHS TV in the mornings will be Dougie Vipond, with Sarah Mack taking the reins in the afternoons. As well as being beamed across the globe, RHS TV will also be on screen at the showground itself and the content will be available to watch back on the Royal Highland Show YouTube channel.

The event clearly has a major impact on the Scottish economy. Mark Currie, RHASS director of operations, says: “The RHS contributes £65 million-plus to the Scottish economy each year. A huge, and mainly Scottish, supply chain delivers the event on an annual basis and produces a significant number of full and part-time jobs.

“We have over 700 business and retail stands who come to get face-to-face with their customers, build relationships and sell their brands to the near 200,000 people in attendance. Around 85% of our trade stands return each year with a long waiting list aiming to take up the released spots on the showground, so we know that benefit to each of these organisations is unparalleled in comparison to similar events.”

He adds that one of the key benefits of this year’s event will be the opportunity to get back to face-to-face interaction and creating or rebuilding positive commercial relationships. “For too long we have been forced to sit behind a screen and interact and the show this year will see old and new colleagues given the chance to do business and share ideas in an open and safe environment,” Currie explains.

John Davidson, deputy chief executive and strategy director at Scotland Food & Drink, says: “The Royal Highland Show is an important calendar moment for the Scottish food and drink sector providing a rare opportunity for producers, manufacturers and farmers to come together and celebrate what Scotland’s larder has to offer.

“It is fantastic to see the show return in full this year and we are really looking forward to being back on the ground to champion the industry.”

Landmarks in a 200-year history

1822 – First Highland Show held on grounds of Queensberry House, with 1,000 people attending and total takings of £52.

1884 – The Centennial Show celebrates 100 years since the formation of the Highland Society.

1899 – The Royal Party at the Edinburgh Highland Show, Prestonfield.

1948 – King George VI grants warrant for ‘Royal’ to be added to the title of the Highland Show.

1957 – The Canadian Mounties visit the Royal Highland Show in Dundee.

1960 – Ingliston Estate purchased by Royal Highland and Agricultural Society of Scotland (RHASS) as permanent home for the Show.

2003 – The Golden Shears World Championships are held in 2003 in the purpose built MacRobert Theatre.

2019 – The last in-person show before the pandemic and the largest ever held.

2020 – Work finishes on the new Members Pavilion overlooking the Main Ring in March 2020.