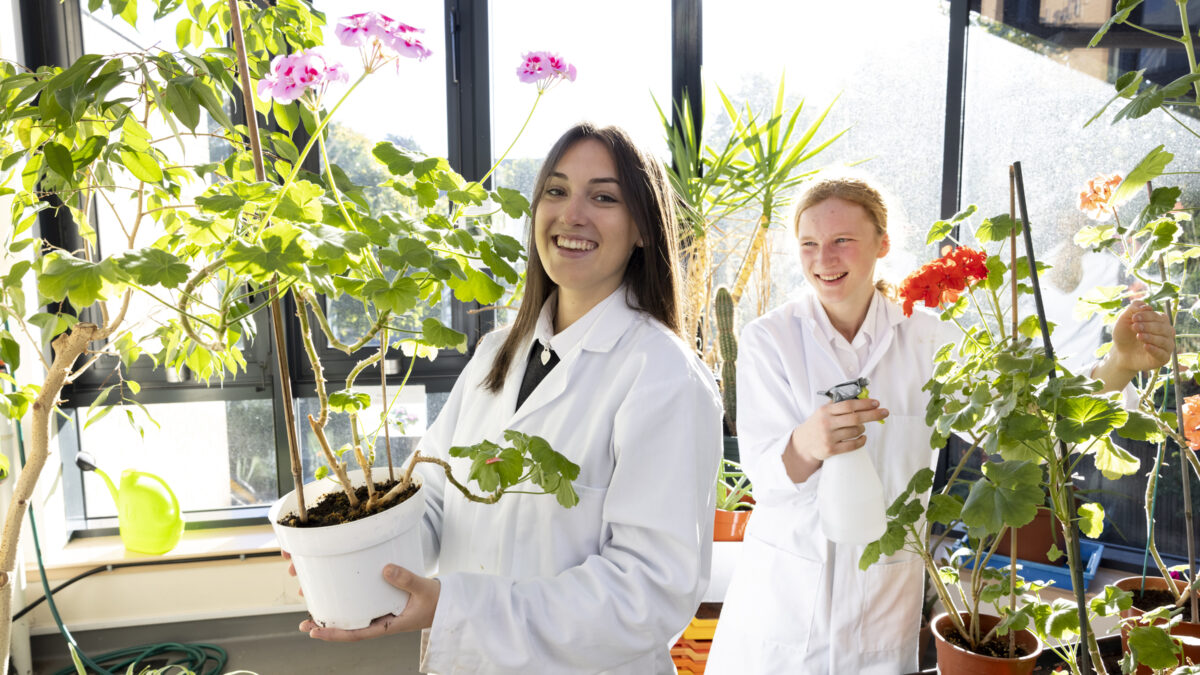 At the same time as coping with Covid, independent schools have been negotiating several other hurdles. But the sector remains in good shape.

As members of the Scottish Council of Independent Schools (SCIS) head toward the end of the academic year, it’s a good time to reflect on the challenges these schools have faced in the past two years.

Not only have they coped with Covid, but they are now being charged for non-domestic rates on their properties. This comes after major reforms of the sector to ensure schools meet the charity test set by the charity regulator OSCR in Scotland. There is also Lady Smith’s inquiry into historic child abuse and the Government’s root and branch reform of the Scottish education system, with the abolition of the Scottish Qualifications Authority and Education Scotland.

John Edward, director of SCIS, which is an independent charity that represents 71 independent schools that educate approximately 30,000 children in Scotland, is however adamant the sector is in a good place.

“Numbers in the sector have held up pretty well, if not slightly grown, over Covid. There’s a sense in which people have kept faith with their ability to teach.”

When Covid struck in March 2020, schools had a lot to deal with in a short space of time. That first Easter holiday saw staff working round the clock to repurpose their virtual learning environments.

“It was quick and I think this is one of these things that really demonstrates the autonomy of independent schools,” says Edward.

“We always say that we call ourselves ‘independent’ and not ‘private’ for a very good reason because ‘independent’ speaks to the autonomy of the sector, not its isolation or separation. ‘Private’ gives the impression of a private business and therefore profit making, which we are not. And it gives the impression of isolation, and that’s absolutely not what the schools aspire to. Even if they are in the middle of the countryside, they want to be part of the community. Gordonstoun is a classic example of that community role.”

The schools found ways to teach remotely, adapting existing online systems or introducing new ones, coping with cancelled exams, doing assessments and supporting the pupils, parents and staff in unprecedented circumstances. “By the beginning of the summer term 2020 classes were operating as best they could.”

In the independent sector, there was the question of what to do with overseas pupils. “It was close to the end of term, but for some it was impossible to travel so schools kept the boarding houses open for them.”

Edward adds: “Schools have repurposed some of their financing as well. A lot of capital projects were put on ice if not cancelled so they could put money into hardship allowances so that people who were on furlough or people who’d lost their job could keep their children at school.”

SCIS has asked members how things went. “The report showed, certainly in 2020 but going through to 2021, the general level of satisfaction was very high for what schools were delivering.

“There was a lot of inventiveness and a lot of this came down to individual teachers just being smart and being given the autonomy and the permission to go ahead and do whatever they needed to do to make it work.”

Further into the pandemic staff had to repurpose their physical space to allow pupils to return to the classrooms safely and they have been kept on their toes ever since as rules and circumstances changed. “It was only at Christmas that parents were allowed back on the sports pitches and in March that large assemblies were really happening again.”

Edwards says: “The rules that came out centrally were the same for us as for everybody. One of the extra challenges for us was obviously boarding. First it was ‘can they get home?’ Then ‘if they get home, will they be able to come back?’ If they don’t come back? Can we do distance teaching at a time difference of 11 hours?”

“It’s a big challenge. In some people’s mind they thought ‘you’ll just whack it on school fees’, but it doesn’t work that way.”

Edward explains: “You would only have to lose three per cent of the pupils in the sector because fees were too high, for all the money that you were going to gain from the rates to disappear. Then those pupils will need to be educated by the state. You know, nobody made that calculation.”

He is clearly baffled by the logic of the move: “I just don’t understand how you encourage widening access and encourage public benefit by taking away the means to do it.

“I keep going back to the fact that it was the decision of the Scottish Parliament and the Scottish Government to create a charity test in order to widen access to independent schools. It is not the case anywhere else and we now have the situation where the administration is narrowing that access again.”

“I completely struggle to understand how you can be a not-for-profit body and be expected to charge commercial rates [to community groups],” says Edward.

“If you are being charged business rates for your facility, sooner or later there’s going to be pressure to charge something closer to a commercial rent.”

Edward believes there are other ways independent schools could contribute to council budgets and points to sports provision, teaching pupils to play musical instruments or

learning Mandarin as areas in which resources could be shared with state schools.

Business rates are not the only financial cost that will impact schools. “The knock-on effects of the enormous economic squeeze will hit parents. It doesn’t matter if you are paying 100 per cent or 20 per cent [and the rest through bursaries], fees may become unaffordable,” explains Edward.

Steeply rising utility bills will also be a big hit for schools. “When you’ve got a very large, grade one, 200-year-old listed building to heat, there’s huge challenges there, never mind meeting net-zero obligations,” says Edward, who adds that there are about 17 grade one-listed independent school buildings in Scotland.

The war in Ukraine has brought other challenges. The perception might be that boarding schools are full of Russian oligarchs’ children, but in fact Edward says that parents are just as likely to be dissidents and that there are plenty of Scottish pupils with family connections in the region.

The over-arching priority for schools through the pandemic and now in times of war, has been wellbeing – of both pupils and staff.

“We haven’t many pupils from Ukraine or Russia, but none of them can get home. None of them can pay their fees and in some cases they don’t even know where their parents are. But right now fees are not the issue, it’s just ‘let’s make sure they have continuity of education’.”

The issue of wellbeing is an important one for independent schools, particularly when Lady Smith’s inquiry into child abuse has been shining a light on how things were in the past.

Modern independent schools are very different and Covid demonstrated how pupils’ interests are firmly at the heart of the sector’s ethos today.

“You don’t have that level of empathy at the other end of a screen, however many times you see them. So there was a lot of thinking about ‘how do we check in with these people in a different way?’ and ‘how do we make sure they’re all OK,’ especially the ones who might have parents in straightened circumstances or having to work as key workers.”

Taking the extracurricular activities which are such an integral part of independent schools, Edward points to the way teachers worked round their absence. “There were no team sports effectively for a year, more or less, but teachers looked at what driver challenges they could set. What Joe Wicks challenges can we set people? What can we do that keeps people active, but also feeling competitive and in touch with each other, because they could follow each other’s progress.”

There were other imaginative examples of how classroom connections were kept alive. Schools edited videos together of individual musicians to create combined performances or of pupils ‘kicking’ a ball to each other, combining social activity with digital skills.

At a glance: Independent numbers

The 2021 annual census of SCIS members revealed that:

What is the true value of an education? 

Learning experiences that are made to measure 

Academy for the future