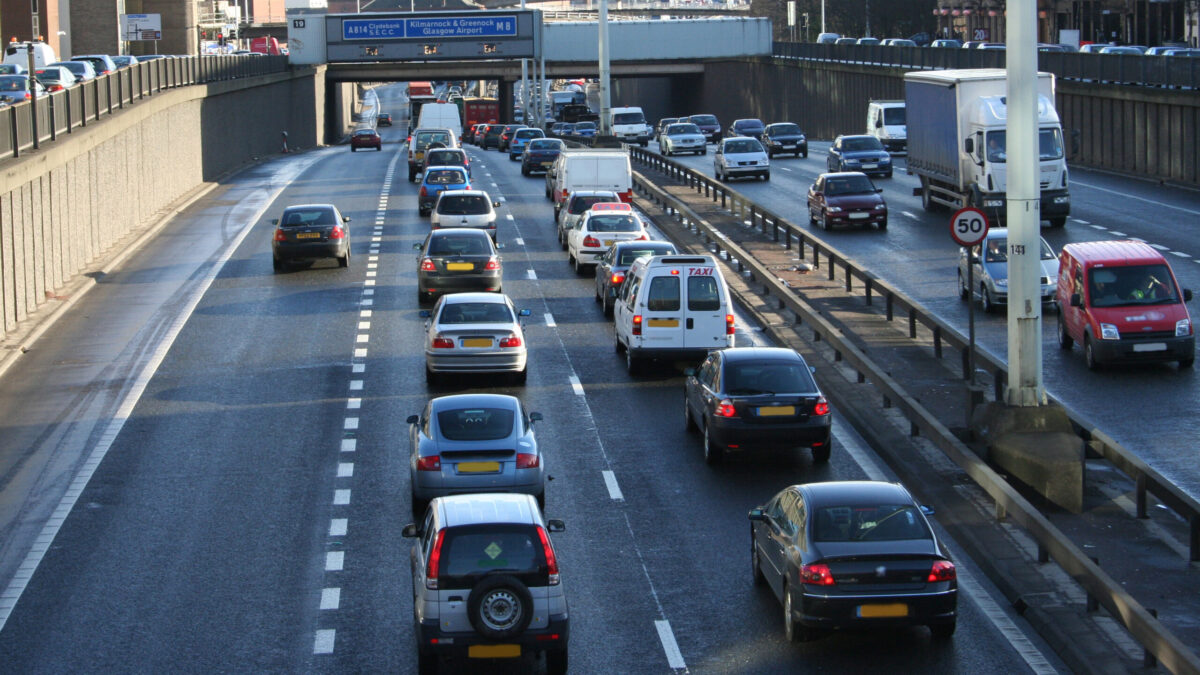 As the world starts to open up again, with restrictions introduced at the start of Covid-19 now being lifted, people are beginning to move around more than they have for months.

Whether that involves flying overseas for meetings, or driving to the office in a car, travel has a major impact on carbon emissions.

In Scotland, the transport sector is currently the greatest contributor to emissions, emitting a total of 13.9 million tonnes of carbon dioxide equivalent in 2019, with road transport contributing the most.

Supporting the uptake of electric vehicles is an important part of the Scottish Government’s Climate Change Plan.

There is general agreement that the shift to electric vehicles (EVs) should be accelerated, but such a
transition remains a major challenge for various reasons.

But steps are being taken in the right direction. For example, last month Scottish Power Energy Networks and Stagecoach West Scotland unveiled the UK’s first fleet of fully electric buses for rural communities.

Five of the six buses were funded by £2 million from SP Energy Networks’ £20 million Green Economy Fund and will operate on a Stagecoach West Scotland route connecting villages along the Irvine Valley with Kilmarnock town centre.

They should save around 680 tonnes of carbon dioxide emissions annually. Last month the Scottish Government launched the first £50 million phase of a new Scottish Zero Emission Bus Challenge Fund (ScotZEB).

It replaces previous funding streams and is designed to encourage the market to agree and implement new ways to finance zero emission buses.

And Transport Scotland and the Scottish Futures Trust recently published a report on public electric
vehicle charging infrastructure. It set out how Scotland can expand provision to enable households and business to confidently switch to electric vehicles.

The joint report highlighted the current approaches and constraints associated with present models of delivery. It said that demand for electric vehicles and associated charging will increase significantly in Scotland over the next decade in response to government policies and market responses.

Scottish Minister for Transport, Graeme Dey, said: “This report makes clear that as demand for electric vehicles increases, our approach towards the provision of public charging infrastructure must evolve.

He added: “To meet our worldleading climate targets, of course we need to see less car use rather than more. For those that need to drive, the opportunities afforded by electric vehicles for our climate and our air quality are profound.

“If the car is the right tool fo transport on some occasions then we need people to have confidence to
choose electric. This requires a comprehensive charging network and I’m pleased that this report provides a route map that supports our vision of phasing out the need for new petrol and diesel cars and vans by 2030.”

Despite positive moves, experts believe more must be done to electrify transport if net zero is to be reached.

Claire Carrington, Cop26 project director at SSE, says: “The power sector has done a lot of the heavy
lifting in the UK’s decarbonisation journey so far, but the electrification of transport and heat are two areas we still need to crack. The good news is with clean electricity we can clean up these areas too.

“We need to switch to electric vehicles but to do that we need huge investment to build the supporting infrastructure.”

She points out that its SSEN Distribution business has plans to develop the infrastructure that will help get 1.3 million EVs on the road and 800,000 heat pumps into homes. It is also investing in the infrastructure needed for public transport and a rapid charging network.

“As a large business with a large fleet of our own, we can play a big part in decarbonisation ourselves. We have committed to electrifying our 3,500 strong fleet of vehicles by 2050 and installing charging points at our sites,” adds Carrington.

When it comes to increasing the use of electric vehicles, Liz McRobb, a partner in Shepherd and Wedderburn’s property and infrastructure team, says: “Given that transport is the largest source of carbon emissions in Scotland, the contribution that a shift to electric vehicles will make cannot be underestimated. This is something that will impact everyone particularly as the largest proportion of emissions currently comes from cars and taxis.”

She adds that speakers at Ofgem’s recent Green, Fair Future: The Road to Electric Transport event underlined the importance that EVs can play in all countries. For example, in Africa, the introduction of more EV usage would have a transformational impact on power supply more generally by driving grid upgrades and connectivity that currently does not exist.

“There is a real need to increase the scale and pace of EV charging infrastructure deployment across Scotland to support the shift to EVs,” says McRobb. “Transport Scotland’s initiative to explore new finance models that will bring in more private sector engagement is important.”

To achieve the scale of change needed she believes it is likely that more legislation will be needed.

“Overall, the combination of incentives and new legal mandates will need to be convincing to achieve the change needed to meet 2030 and 2035 targets,” she says