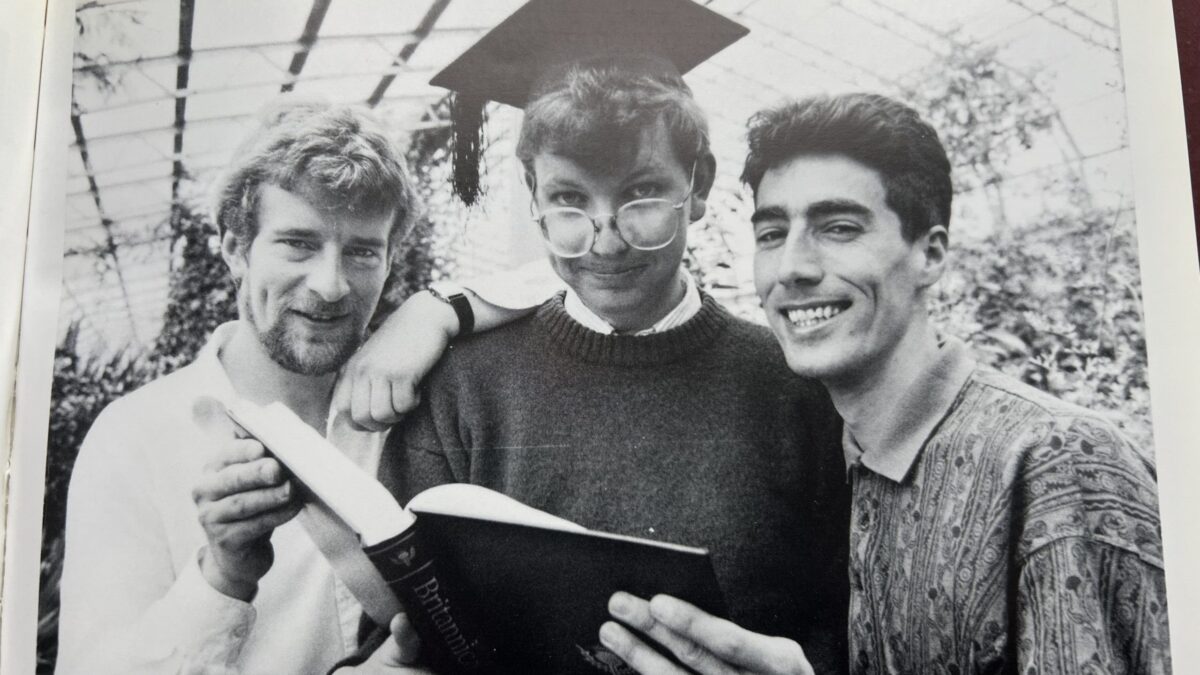 Shoulder-to-shoulder on the picket line… with Michael Gove 

With widespread industrial action now returning to our daily lives, a recent ‘swallie’ of greying Scotch hacks were recounting their war stories from the notorious Aberdeen Journals dispute between August 1989 and September 1990. More than 115 were sacked by the publishers of the Press & Journal and the Evening Express, then in the hands of the Thomson Organisation.

Iain Campbell, a sportswriter and the National Union of Journalists’ father of the chapel, and Frank Morgan, his saxophone-playing union deputy, recalled that one of their picket line colleagues was none other than the Rt Hon Michael Gove.

The prominent Conservative, who backed Rishi Sunak for PM, was elected as an MP for Surrey Heath in 2005. After studying at Robert Gordon’s College, Aberdeen, and Lady Margaret Hall, Oxford University, Gove worked as a young reporter for the P&J. His former journalistic colleagues recalled that while on strike the bookish Mr Gove was one of a team of striking journalists, including Lindsay Macdonald, Andrew Byrne and Andrew Craig, which won Grampian TV’s Top Club general knowledge quiz competition.

The long-running strike caused a great deal of damage to promising careers, but doesn’t seem to have hurt Mr Gove. The Thomson Organisation’s bloody nose led them to withdraw from British newspapers, including The Sunday Times, and concentrate on financial data, becoming Thomson-Reuters, based in Toronto.

So to the Intercontinental George Hotel in rubbish-strewn Edinburgh, where Manchester’s mayor Andy Burnham recently had the Chamber of Commerce’s great and good eating out of his hand. A very polished and sincere political perormer, he talked with sensitively about ‘regional devolution’ and the benefits of elected Lord Provosts for Scotland’s major cities.

He advocates the ‘rewiring of Britain’ and a Senate of the Nations and Regions to replace the dowdy House of Lords. He recounted a survey that asked people in Liverpool to name the second city of England: 60 per cent chose Birmingham with 40 per cent opting for Manchester.

Have a look at the picture.

Scotland’s industrial archaeology scholars might twig – but is this a late Victorian example of the Betamax versus VHS video recorder denouement?

The wheel is the emblem of the Madelvic Car Factory, founded by William Peck, the City’s Astronomer, in Edinburgh. Never heard of it?  Well, this short-lived business was based in Granton, producing electric cars in the late 1890s. The factory opened in 1898, and is the oldest purpose-built car factory in the UK.

The company built at least three electric motor vans for the General Post Office carrying mail between Edinburgh and Leith in May 1899. The company hit the buffers – and the internal combustion engine took to the roads – and the Kingsburgh Motor Company bought it over. It too was soon in trouble and the business was sold to Stirling Motor Carriages.

Madelvic production stopped and Stirling began making its own marque from 1902. In 1905, a consortium of Peck, Kingsburgh and Stirling began trading from Granton as the Scottish Motor Engineering Company. A National Transport Trust’s Red Wheel heritage site plaque was erected in early September 2021 during the Covid pandemic. There, a derelict factory site remains ready and able to make electric vehicles. Wouldn’t that be something  wonderful?

The Finest things in Life