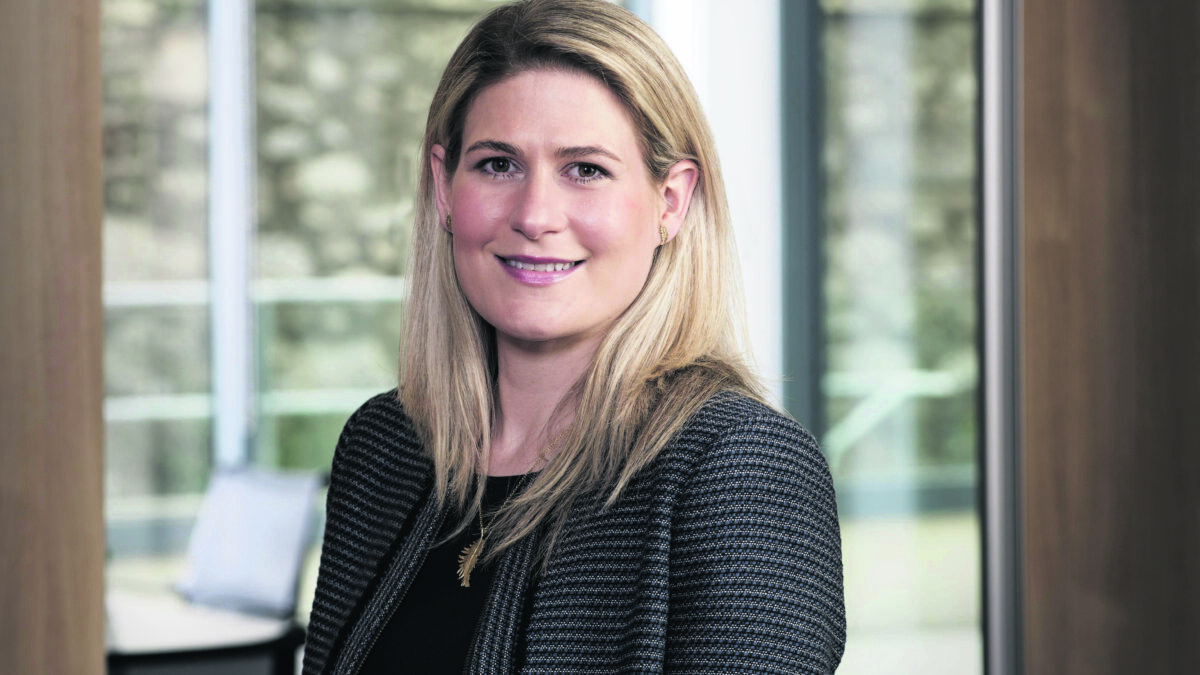 Rhona McFarlane, oil and gas partner at Brodies: Believes businesses in the sector have skills which will allow them to be key energy providers beyond 2050
Sustainability

Working in the oil and gas sector at present must feel a bit like living in a twilight zone. With the energy transition to net zero carbon well under way, a large question mark would appear to hang over its future.

The green transition will ultimately have little, if any, room for hydrocarbons. Yet at present it is vital to Scotland’s economy: fossil fuel extraction was worth an estimated £8.8bn in 2019, representing some five per cent of the country’s GDP.

Yet, with its determined drive to reach net zero by 2045, the Scottish Government has indicated that its
long-standing support for the industry is waning. Two years ago, it confirmed that support for exploration and production in the North Sea will now be conditional on the sector’s actions
to help ensure a sustainable energy transition.

At first sight, then, the picture looks bleak for fossil fuel producers. In reality, the outlook for oil and gas is more nuanced. We are, after all, in a transition: they will likely be part of the energy mix for decades to come.

In addition, oil in particular is not necessarily burned as carbon-emitting fuel. It has a host of other uses, including plastics, chemicals and synthetic materials. Demand for these is not going to go away.

“We are moving to a much more integrated energy system, but we are not suddenly going to switch off the gas and turn on the wind and hydrogen,” says Malcolm Forbes-Cable, vice-president energy at the global research and consultancy business Wood Mackenzie.

“To suggest that would be overly simplistic. We do need to think about how the role of oil and gas evolves over coming decades.”

What needs to be considered, he adds, is the direction of travel. “We need to move away from using hydrocarbons in a wasteful manner and start to think about using them more responsibly, without creating emissions. We are going to see demand from the petrochemical and refining sectors as well as things like fertilisers and feedstocks that supply many other industries. It’s about energy in a broader sense.”

Forbes-Cable points out that while demand for oil and gas as a fuel will decline – the sale of new petrol and diesel cars in the UK will be banned after 2030 – supply is falling too.

The country now only produces some 50 per cent of the gas and 70 per cent of the oil it consumes. The gap is met by imports and as the use of hydrocarbons as a fuel falls, so will the amount bought in. The North Sea is now a mature province. Some fields have already ceased production, and Denmark brought an immediate end to new oil and gas exploration in its own geographic sector last December.

In Scotland, there are still prospects for new development, notably the Cambo oil field west of Shetland, though there seems to be little enthusiasm for exploiting this within the Scottish Government.

First Minister Nicola Sturgeon has written to Downing Street urging a reassessment of plans to allow Cambo and other new projects to go ahead owing to the “severity of the climate emergency”.

Forbes-Cable believes the whole issue needs to be looked at dispassionately. “Most people will agree that the overriding ambition is to agree to wean ourselves off hydrocarbons, but it’s ultimately to reduce emissions.

“We need to have an honest discussion and accept that we are still going to need hydrocarbons in certain forms while working on reducing demand.”

He continues: “If we know we can produce these here at lower emissions than other people are doing elsewhere in the world, does it really make sense to leave them in the ground and just import oil and gas from other areas?

On a net emissions basis, that would be totally incoherent.” Mark Dixon is co-founder of Cerulean Winds, a green infrastructure developer working to deliver floating wind and hydrogen developments. He also has extensive experience in the oil and gas sector, and believes this will continue to play an important part in the energy mix.

“The bit that no one knows is for how long. I think that 15 to 30 years is the timeframe over which the energy transition is going to run its primary course. So much infrastructure must be put in both onshore and offshore to achieve it and while we need to do it as quickly as possible, we shouldn’t
rush it.

“That’s the tension that the world has to balance and of course oil and gas plays a part in that – we’re fundamentally a fossil fuel-based society, so that’s where we are starting from.”

The sector has, he adds, been “a bit slow” in acknowledging climate change and its impact on fossil fuel
generation, but it is now looking seriously at how to decarbonise its own facilities and production. “There’s been significant movement in that area, and that’s positive.”

The transition away from oil and gas may be a huge challenge for the industry, but it presents an opportunity too. With its long history of expertise at the frontiers of exploration and production, it has a huge amount to contribute.

“The sector is, of course, a master of innovation and expert at creating new technology,” says Rhona McFarlane, oil and gas partner at the Scottish legal firm Brodies.

Several operators, including BP and Shell, have already announced a commitment to achieve net zero by 2050, she says. “Others have rebranded as energy companies to reflect their shift away from solely oil and gas, although they continue to be key players in the sector for now.”

McFarlane points out that businesses in the sector have also made significant strategic investments in low carbon technologies such as biofuels, hydrogen, wind power and carbon capture and storage (CCS) as well as promoting electric vehicles.

“They have global footprints and highly-trained workforces with transferable skills, both of which can be leveraged to allow them to be key energy providers beyond 2050.”

Others share the view that the reputation for excellence Scotland’s oil and gas sector has built up over decades will be reflected in the new green energy landscape through skills and knowledge transfer.

Paul Winstanley is CEO of CENSIS, one of Scotland’s seven innovation centres linking business, the public sector and academia to accelerate advances in technology and innovation. One particularly relevant area, he says, is safety. “It’s about making sure that systems operate safely in a known and predictable manner.

“There is a huge amount of knowledge about this in oil and gas. That can be applied to other sectors where it is necessary, and which have much stronger environmental credentials.” An example he gives is the still developing market for hydrogen as a fuel of the future. “It’s about taking the expertise from the oil and gas sector in working safely and productively and applying that so it can operate effectively