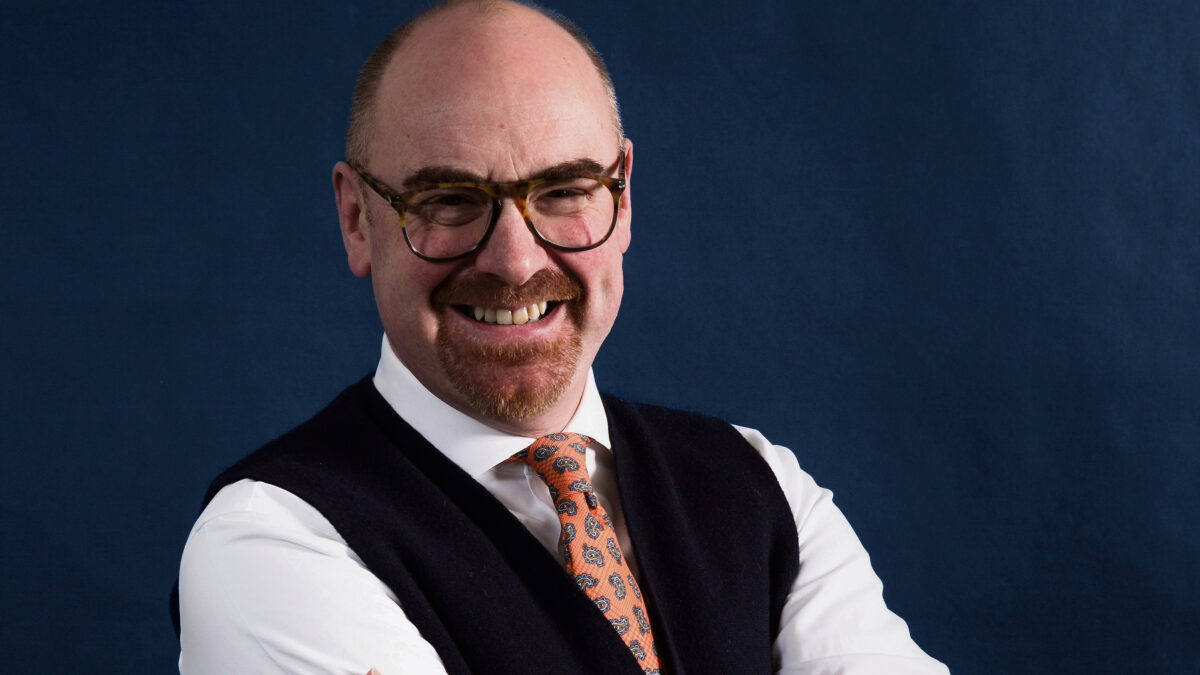 President of the Law Society of Scotland, Ken Dalling: “The government needs to take great care in protecting the strengths of the existing regulatory system”
Legal

After a year largely dominated by Covid-19, along with Brexit and debate about how to respond to the climate crisis as Cop26 arrived in Glasgow, Scotland’s legal profession is gearing up for another period of change.

At the start of October, a comprehensive consultation was launched by the Scottish Government that is set to have far-reaching consequences for the legal profession. In between getting ready for the festive season, solicitors are being asked to respond to ‘Legal Services Regulation Reform in Scotland’ by December 24.

The government said its aim was to modernise Scottish legal services with a new system proposed to “place consumer interests at its heart” and “promote accountability, transparency and independence”. It pointed out the significance of the legal sector, which is worth more than £1.5bn to the Scottish economy each year and is responsible for over 20,000 high-value jobs.

Community Safety Minister, Ash Regan, said: “We have one of the best legal professions in the world, however improvements to the regulatory structure and delivery are needed to further support access to justice.”

She added that some aspects of the current system could be significantly improved, such as restrictions which may inhibit competition in the sector and the complex complaints system.

President of the Law Society of Scotland, Ken Dalling, acknowledged that reform is required but warned: “The government needs to take great care in protecting the strengths of the existing regulatory system but delivering the kind of change we need for the benefit of the public and the legal profession.”

He said that some of the options presented in the government’s consultation “risk undoing much of what already works well within the current system”.

Dalling explained: “We know the cost of legal services is one of the biggest barriers to people getting
the advice they need. Yet the paper presents an option of creating a brandnew regulatory body, adding substantial costs which consumers would ultimately have to bear. This threatens the competitiveness of the Scottish legal sector, just as we recover from the Covid pandemic, and risks a loss of jobs to other parts of the UK.

“The government needs to take great care in protecting the strengths of the existing regulatory system but delivering the kind of change we need for the benefit of the public and the
legal profession.”

THIS COMES AS the Law Society of Scotland goes through a transition itself. Chief executive Lorna Jack will leave the organisation on January 4, after 13 years in the role, to be replaced by Diane McGiffen the following day.

McGiffen has worked in senior roles at Audit Scotland for the last 20 years, most recently as chief operating officer, where she has led on strategy, corporate plans, governance, risk and performance. In her new position McGiffen will lead the body as it develops and delivers a new five-year strategy. Solicitors have shown that they can adapt quickly to change and challenges in their response to the pandemic since March 2020.

Along with many other professions they had to rapidly adjust to remote working, as well as continuing to advise clients through turbulent times. The introduction of virtual courts in cinemas by the Scottish Courts and Tribunal Service was another development that solicitors had to get to grips with.

Murray McCall, managing Partner at Anderson Strathern, said: “This is something I certainly never
imagined I would see. The remote jury centres in Odeon cinemas helped deal with the backlog that arose from lockdown restrictions.”

Despite the turmoil caused by Covid-19, things seemed to get back to almost business as usual for law firms and their clients after the initial few months of the pandemic. Merger and acquisition activity picked up and deals that had been put hold at the start of lockdown were reignited.

Barry McCaig, partner and head of office, Glasgow at Pinsent Masons, explained: “When lockdown happened in March-April 2020 it was initially thought transactional deals would dry
up and that is pretty much what happened, but they came back with a bang at the end of summer 2020 and it has been very busy since then on in.”

Looking ahead, he said: “A combination of factors will ensure corporate deals continue apace to the end of the year and into the early part of 2022. There are plentiful funds available from private equity and institutional lenders, which combined with an undervalued UK stock market in relation to its US counterpart, and the strength of the dollar, this makes UK assets very attractive and attainable.”

According to Claire Armstrong, managing partner of Dentons in Scotland, it has been a very buoyant market for M&A and investment transactions, with huge amounts of capital being deployed in deals by investors and corporates.

And George Frier, head of corporate finance at Shepherd and Wedderburn, said: “There has been no let-up in activity. Quite the opposite. Over the last year we have landed and completed some very challenging mandates across all sectors, many with international buyers and private equity
houses.”

HOWEVER, THE IMPACT of Brexit cannot be ignored. Allan Wernham, CMS managing director (Scotland), said labour shortages faced by such sectors as food processing and construction are partly due to Brexit.

And he warned that the UK’s departure from the European Union is likely to see fewer foreign applicants for Scottish universities which could have a knock-on effect on the wider economy in the long term. The legal profession has guided itself and its clients through the ups and downs of the last year.

While there is a level of optimism about the future, for example with the active deals market and investment being attracted to Scotland, there are still uncertainties to face – not least the outcome of the government’s wide-ranging review of legal regulation.