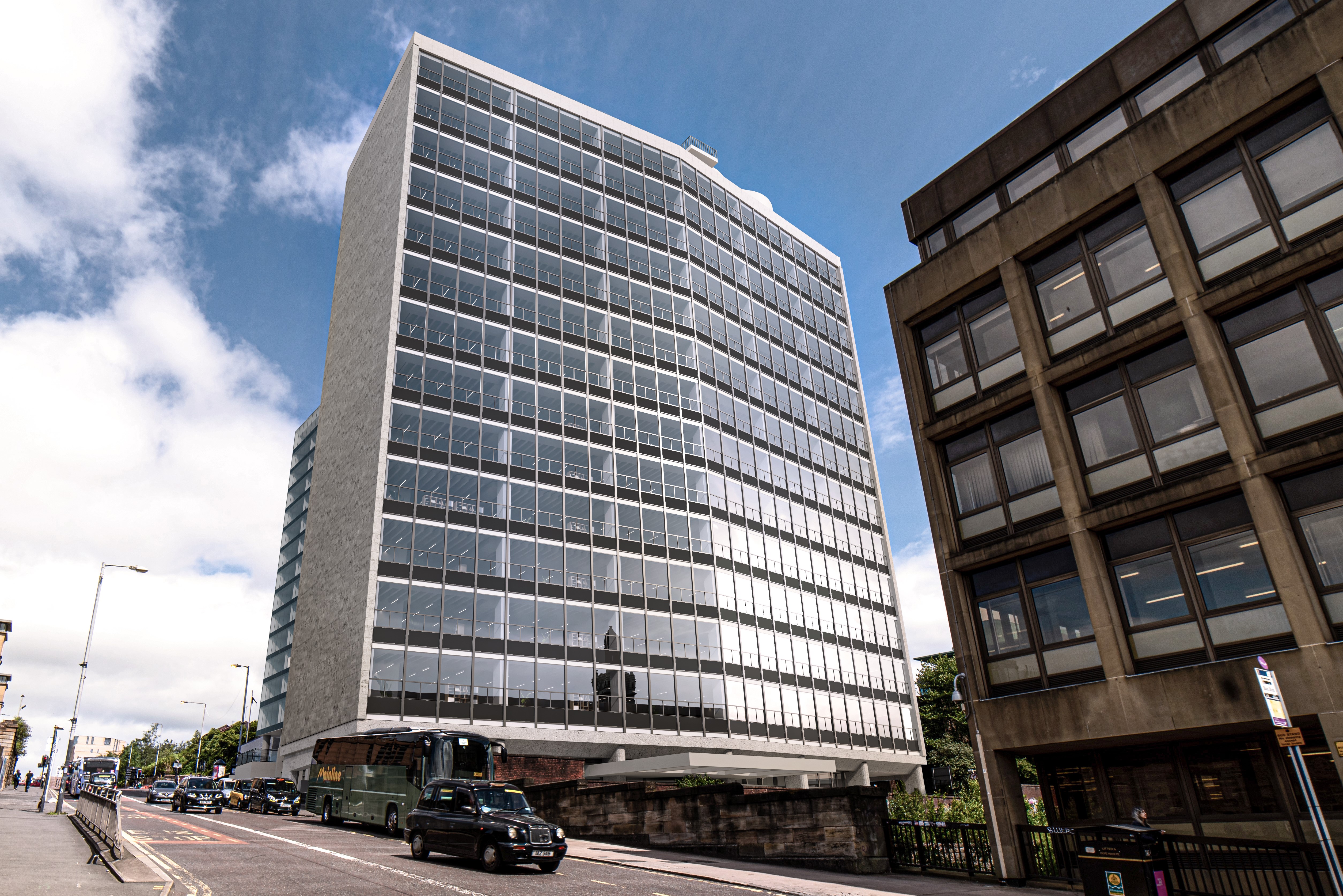 When asked to forecast the outcome of a particularly fraught situation, Bertie Wooster’s formidable valet Jeeves usually replied: “I could not possibly hazard a conjecture”. While the professionals in Scotland’s commercial property world have experience of several cycles of difficulty, in the light of recent seismic geo-political events and the cost-of-living crisis, few wise heads are inclined to make confident predictions about the upcoming months.

James Thompson, a partner at Cushman & Wakefield, highlights some of the challenges facing the sector that make it difficult to look over the horizon. One is the role of the office itself. “Lease renewals are huge now as companies continue to take stock as working habits change. Companies are pushing the decision out on their office space requirements and re-gearing – and while people thought that businesses would seek to cut space it’s not that simple,” he says. There are further hurdles regarding pre-letting engagements: with inflation now running at its highest rate for decades, fixing costs is extremely difficult.

He also points to the growing demand for ESG (Environmental, Social and Governance) values to be implemented. “Corporate legislation requirements impact appraisals. There is a strong push for wellness and social inclusiveness, looking at the sustainable elements in a building such as creating terraces and the quality of light and well-designed break-out areas,” Thompson says.

His colleague at the firm, Murray Strang, points to the dichotomy presented by ESG. “When markets are performing well and owners and landlords have the funds and can see an accumulation of value on their assets, investing in ESG becomes a very positive story and an easy one for clients to communicate.

“It’s very different when values start to slow down and the costs of maintaining and improving buildings start to rise, and the revenue and value status of the assets start to come under pressure.”

In Glasgow, for instance, where there is a range of peripheral locations and ageing office premises, Strang says the investment and effort to upgrade these is significant.

Chris Dougray, head of development Scotland at CBRE, comments that this involves spending sums that are unknown, but which will be huge. “The direction of travel for larger corporates is to sign leases on net-zero, ESG-compliant buildings which has added a significant amount to the cost of these buildings, which has become a massive issue in terms of making development appraisals stack up.”

Turning to the public sector, Dougray adds: “The Scottish Government is on a drive to make all their buildings net zero carbon but that will cost hundreds of millions of pounds and who is going to finance that? Take a public building such as the social security office in a standard Scottish town. It’s likely to be completely economically unviable to convert that building to comply with ESG standards and that also applies to a large proportion of the commercial office stock in Scotland. Are we going to accept that perhaps 50 or even 70 per cent of that is going to be redundant?

“If it were in Edinburgh or Glasgow the economics would probably work for either demolishing the building and starting again or retrofitting it, but you can only achieve that in higher-value areas, which pretty much means Edinburgh and parts of Glasgow. What we are going to do with that other stock is probably the largest issue across the built environment in Scotland,” he says.

The first half of this year, however, has seen some positivity. Cadworks in Glasgow focused on achieving ESG excellence, and OVO Energy has recently taken 33,905 sq ft. Also in the city, Glasgow’s iconic ‘People Make Glasgow’-emblazoned Met Tower, vacant since 2014, was bought by Manchester-based office space rental agency Bruntwood SciTech.

In terms of investment volumes, Scottish commercial property has had its best first half of the year since 2018 as the market continued its recovery from the Covid-19 pandemic, according to new analysis from Knight Frank. Overseas investors represented more than two-thirds (68 per cent) of total investment, equivalent to £843 million, with UK property companies the second most active buyers totalling £296 million – 23.9 per cent of overall investment volumes.There is an obvious obstacle: the lack of new development, in addition to continued rising construction costs and inflation. Knight Frank believes that Edinburgh is facing a crunch point, with no new office space currently under construction in the city centre despite a strong rise in demand from occupiers as they return to the workplace.

Murray Strang says: “There’s good, strong demand for any high-quality building. But as a market, you are trying to attract best-in-region occupiers to come to the market, and when there just isn’t that availability of space, then you start to worry whether they will or they won’t be able to view Edinburgh as the kind of regional HQ location they need, because there just isn’t the ability to expand, or give you the ability to see where your business is going to head longer term.”

However, he adds that overseas investors from the Far East and Middle East, Europe, and private equity groups in the US, have all been ac-tive in the Scottish market over the past 12 months. “What we’re trying to do now is gauge as quickly as possible how changes in the market and the economy over the last two or three months particularly has affected each of these buyer pools.”

Tim Jacobsen, a partner in Ryden’s Glasgow office agency, agrees that there is feeling that the sector is still waiting to see how the current geopolitical and economic situation will play out – as well as closely following the evolving role of the office post-Covid.

“Companies are continuing to review their requirements and what works for them in terms of the return to the office, which involves productivity and visibility as well as well as concerns for the isolation of staff members – and basically the survival of our city centre amenities and public transport among other areas. However, we are slowly and surely seeing the volume of people coming back increasing,” he says.

Jacobsen sees a growing interest in the kind of property that sits between the traditional office and serviced office accommodation. “It might be partly fitted out, partly furnished but without all the trimmings of high-end staff content such as photocopier services or telephone answering services.” Examples are the Garment Factory in Glasgow’s Montrose Street and the Onyx at 215 Bothwell Street.

“This is a model that gives companies decent, quality space, a flexible leasing structure that unlocks a bit of the inertia. That might be a slightly easier transition to perhaps a slightly smaller office space that is a trend at the moment.”

Back to predictions: earlier this year the Forbes Business Council was confident enough to forecast that commercial real estate would bounce back in 2022, while conceding that the areas in which people are investing might look a little different than in previous years. “It’s safe to say that the economy behind commercial real estate is here to stay and that these predictions are well on their way to becoming reality.” The second half of 2022 may reveal how far along that way we are.

‘Our role is to get the ideas out of the university’